On view through Friday, March 9th

The structure of the proscenium (the part of a theater stage in front of the curtain) was created to enclose the lower side of the stage at London’s Haymarket Theatre in 1880, creating a “picture frame” or an imaginary fourth wall through which the audience could experience the illusion of spying on characters within the production behaving exactly as if they were unobserved. Using this architectural strategy as a framework, Uncertain // Unveil positions Gillanders’ work as the above “picture frame” with Handrup’s work as the production.

The curtain, used as a threshold on a theatrical stage to distinguish reality from non-reality in a space constantly in flux between the two, functions as a metaphor in Gillanders’ site-specific window installation to explore illusion and the spatial complexities created between virtual and non-virtual space. Using fabric modeled, lit, and rendered in Maya, elements of the physical space begin to interact with their virtual counterparts (shadows, light, movement, etc.), and the distinction between their spaces of origin begin to blur.

Handrup’s three-channel video installation portrays a conversation between three sisters as they contemplate the cumulative effect of their father’s alcoholic and abusive behavior. It provides the viewer with intimate portraits of the women through their day to day activities, positioning the trauma not as a spectacular event but rather as a lingering, ordinary fact of their lives.

Ashley Gillanders (b. 1986) is an emerging visual artist from Winnipeg, Canada, currently working in Chicago, IL. Her practice incorporates new media and experimental approaches to photography, to explore the space between virtual and physical space, illusion, perception, and construction. She is currently a New Artist Society Scholar and MFA candidate in the photography department at the School of the Art Institute of Chicago.

Jeremy Handrup (b.1990) is an emerging visual artist from Chicago, IL. His practice incorporates photography and time-based media to explore themes of memory and trauma within the family structure, utilizing his own family members and their collective memories as subject and material. He is currently a MFA candidate in the photography department at the School of the Art Institute of Chicago and an adjunct professor at North Central College. 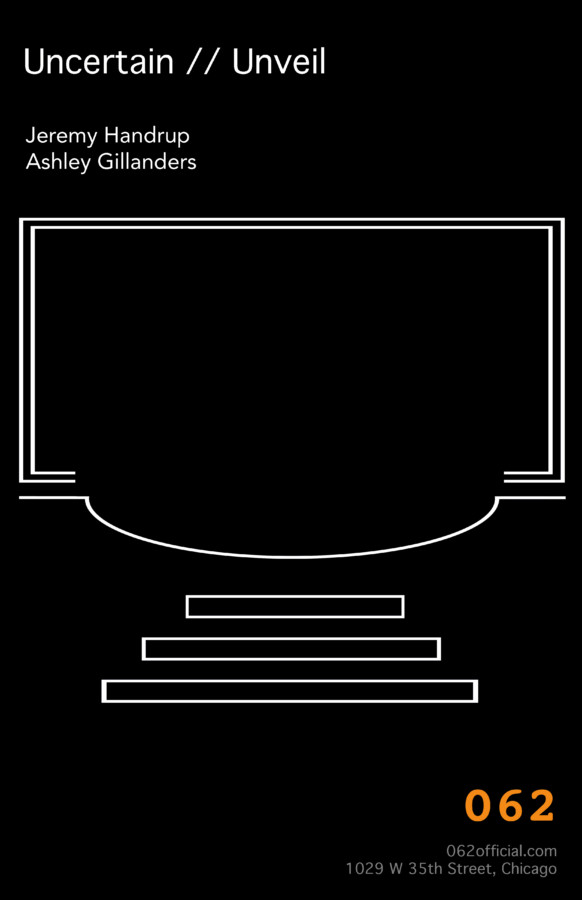