Julius Caesar is pleased to present Sticky Thoughts, a group show featuring work by Herman Aguirre, Sarah Bastress, Dylan Rabe and Bryant Worley. Each of the four painters have worked with complicated or difficult subject matter featuring a wide range of approaches to the painting medium and rhetorical treatments. Bryant Worley and Sarah Bastress paint about places they know well- the places they are from and formed by. The grotesque is tempered by nostalgia and the outrageous with honesty and humor; they address the complexities of being from a place by fact rather than choice. Dylan Rabe and Herman Aguirre work with their identity – cultural and subconscious – as the world is impressed by mediated experience. Their imagination and the news as it filters through mainstream media confronts the personal proclivities of interests and meaning in painting.

Herman Aguirre (b. 1992) is a Mexican American artist born on the South Side of Chicago. He received his BFA (2014) and MFA (2017) from the School of the Art Institute of Chicago. He was a Leonore Annenberg Fellow for the Performing and Visual Arts, and is currently a fellow at the Fine Arts Work Center (FAWC) residency in Provincetown MA, where he teaches youth programs at the Provincetown Art Association Museum (PAAM).

Sarah Bastress is a painter and artist from Morgan Town, West Virginia. She graduated from Smith College in 2012 before receiving an MFA from the School of the Art Institute of Chicago. She continues to live and work in Chicago.

Dylan Rabe (b. 1989) is a painter from Chicago. He received his BFA in 2011 and MFA in 2014 from the School of the Art Institute of Chicago. He is currently a lecturer at SAIC.

Bryant Worley (b. 1974) is a painter from Columbus, Alabama. He recieved his BFA from Mississippi University for Women (MUW) in 2002 before attending SAIC where he received his Post-Bac in 2014 and MFA in 2016. He currently lives and works in Chicago. 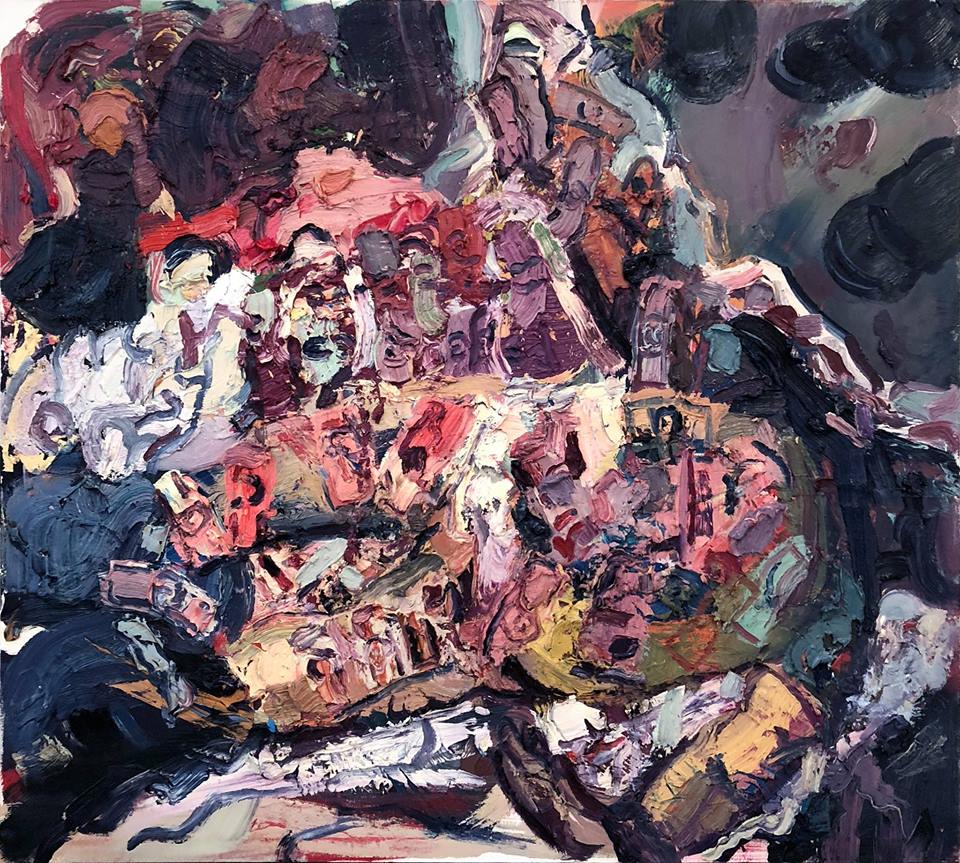