This program of recent documentary shorts is focused on the work of Austin, Texas-based couple Patrick Bresnan and Ivete Lucas, who have been receiving extensive praise on the film festival circuit for their semi-ethnographic films shot in Florida. Their three films here take as their subjects the elaborate prom preparations by students and parents in the small rural town of Pahokee (The Send-Off); a weekly rabbit hunt in the Everglades by one of those students and his family (The Rabbit Hunt); and the recent phenomenon of gawkers staking out the Palm Beach International Airport, trying to catch a glimpse of Donald Trump on his frequent visits to Mar-A-Lago (Roadside Attraction). Bresnan and Lucas’ verité style treats their quirky subjects respectfully, letting their humanity show through. The program is rounded out by two local films: Milad Mozari’s Standing Nymph and Man is a haunting visual and aural exploration of the landmark Fine Arts building in downtown Chicago; and Rachel Pikelny’s Grace is a powerful and moving portrait a breast cancer survivor who counters her mastectomy through an elaborate tattoo. 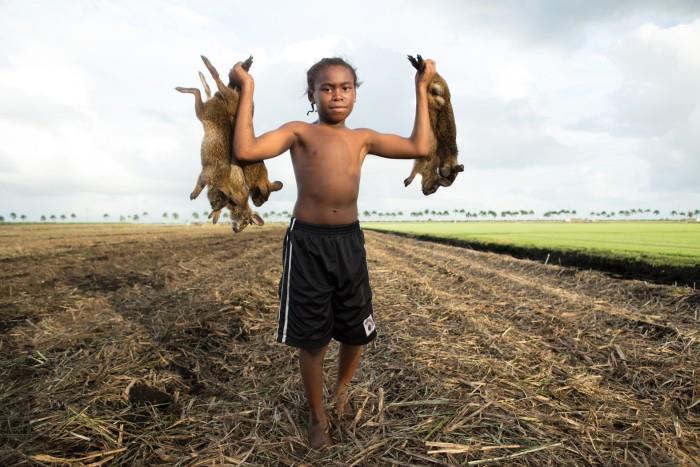