Artist Mike Cloud is joined by Taylor Renee Aldridge (Assistant Curator, Detroit Institute of Arts and Co-founder, ARTS.BLACK) and Alexander Provan (Editor, Triple Canopy) to discuss how notions of offense and aesthetic judgment are deployed and reinforced in contemporary painting and art discourse.

RSVP is highly recommended but not required.

This event presented within the context of the exhibition ‘Mike Cloud: The Myth of Education’ at the Logan Center Gallery
More info: http://bit.ly/2CQqjB6

Taylor Renee Aldridge is a Detroit based writer and curator. She received her MLA from Harvard University with a concentration in Museum Studies and a BA from Howard University with a concentration in Art History. In 2015 she cofounded ARTS.BLACK, a journal of art criticism from Black perspectives. Taylor is currently the assistant curator of contemporary art at the Detroit Institute of Arts. She has worked for the N’Namdi Center for Contemporary Art, the Ethelbert Cooper Gallery of African & African American Art, and as a Goldman Sachs Junior Fellow at the National Museum of American History (Smithsonian Institutions). Taylor is the 2016 recipient of the Andy Warhol Foundation Creative Capital Arts Writers Grant for Short Form Writing. She has written for Art21, ARTNews, ContemporaryAnd, Detroit MetroTimes, SFMoMA’s Open Space and Hyperallergic.

Mike Cloud is a New York based painter whose work examines the conditions of painting in its contemporary life among countless reproductions, symbols and descriptions. Cloud earned his MFA from Yale University School of Art and a BFA from the University of Illinois-Chicago. A selection of exhibitions include: ‘Special Project: Mike Cloud’ at P.S.1, NY; ‘Agreement and Subjectivity’ at Max Protetch, NY; ‘Jesse Chapman/ Mike Cloud’ at Marianne Boesky Gallery, NY and ‘Bad Faith and Universal Technique’ at Thomas Erben Gallery, NY. His work has been included in group exhibitions such as ‘Frequency’ at the Studio Museum in Harlem, NY; at Apexart, NY and Honor Fraser Gallery, CA. Cloud’s works and writing have been featured in the New York Times, Art in America, Art Review and in the painting survey Painting Abstraction by Bob Nickas, published by Phaidon Press. He has been awarded the inaugural Chiaro Award from the Headlands Center for the Arts, CA; a New York Foundation for the Arts Fellowship and residencies at the Meulensteen Art Centre in the Netherlands as well as the Sharpe-Walentas Studio Program in New York. Cloud has lectured extensively on his work and issues of contemporary art theory at the Mason Gross School of the Arts at Rutgers University, NJ; The School of the Museum of Fine Arts, MA; Yale University, CT; Cooper Union, NY; Bard College, NY and The University of Illinois- Chicago, IL, among others. He is currently an assistant professor at Brooklyn College/ CUNY in New York.

Alexander Provan is the editor of Triple Canopy and a contributing editor of Bidoun. He is the recipient of a 2015 Creative Capital | Andy Warhol Foundation Arts Writers Grant and was a 2013–15 fellow at the Vera List Center for Art and Politics. Provan’s writing has appeared in the Nation, n+1, Art in America, Artforum, Frieze, and in several exhibition catalogues. His work as an individual and with Triple Canopy has recently been exhibited and performed at the 14th Istanbul Biennial; Whitney Biennial; Museum Tinguely (Basel); the 12th Bienal de Cuenca; the New Museum (New York); and Kunsthalle Wien (Vienna). A sound work by Provan, Measuring Device with Organs, is currently being exhibited at Kunsthall Oslo and was recently published as an LP by Triple Canopy. 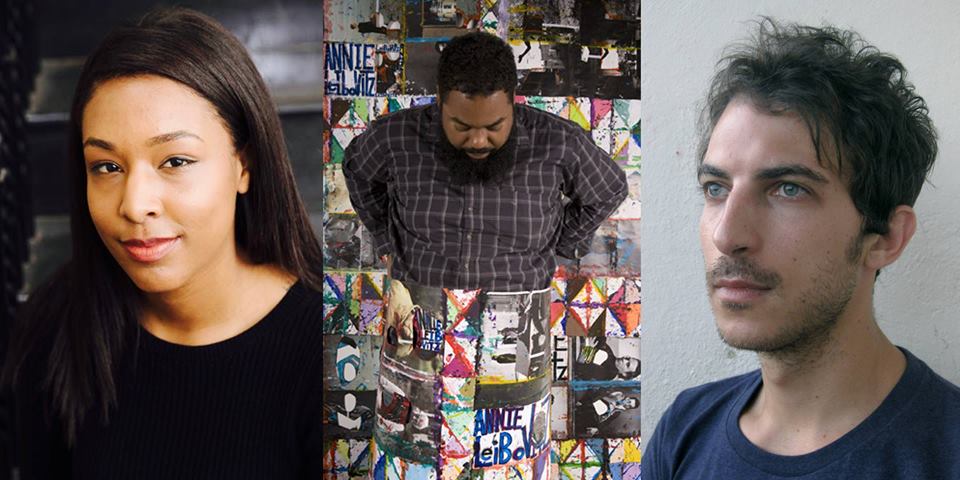