During this event, cartoonist/architect Klaus, architect Stewart Hicks, and game developer and artist William Chyr will discuss the capacity of architects and designers to create new or alternative realities or to establish new parameters to understand and envision new spatial organizations. Their work incorporates references to multiple disciplines, challenging conventional notions of practices and creating rich and complex work. Each of the presenters will make a brief presentation about their work followed by a group conversation.

For more information about the event, please visit: http://www.mascontext.com/news/envisioning-new-spatial-organizations-february-14-2018/

Klaus is a frustrated cartoonist who lives in an old castle in Europe, intermittently uploading his cartoons in Klaustoon’s Blog since 2009. His work has been published in architectural publications, such as A10, eVolo, Clog, (Dis)Courses, Harvard Design Magazine, MAS Context, Conditions, Studio, Volume, Uncube, and The Architectural Review, among others. He is currently the editorial cartoonist of Arquine, where he runs the satirical section Arquinoir, to which he contributes texts and cartoons. He is not Rem Koolhaas and still owes Sanford Kwinter a cartoon. When he is not drawing he is also Luis Miguel -Koldo- Lus-Arana (Architect, MDesS, PhD), a Theory & History professor whose research focuses on the interactions of architecture and mass media, as well as the History of visionary architecture and planning.

Stewart Hicks is an Assistant Professor of Architecture at the University of Illinois at Chicago and a cofounder of Design With Company (Dw/Co). His interests include how literature and architecture intersect in fiction, character, type, metaphor, etc. Dw/Co translates these themes into installations, speculative urban scenarios, temporary pavilions, and designs for buildings. The practice was recognized as a Next Progressive from Architect Magazine, Next Generation from Architectural Record, and a New Talent by Metropolis, and was featured in both Chicago Biennials. Stewart is also a MacDowell Fellow and former Hyde Chair of Excellence at the University of Nebraska.

William Chyr is an independent game developer and artist currently based in Chicago. He is the designer and developer of Manifold Garden, a first-person exploration game intended to be released on PlayStation 4 and PC in 2018. As an installation artist, he has exhibited works at the Lawrence Arts Center, Telus Spark, and High Concept Laboratories. Some of his more notable past creations include a limited-edition art label for Beck’s Beer, the crowdsourced novel The Collabowriters, and a somewhat infamous print ad. He holds a B.A. degree in Physics and Economics from the University of Chicago. 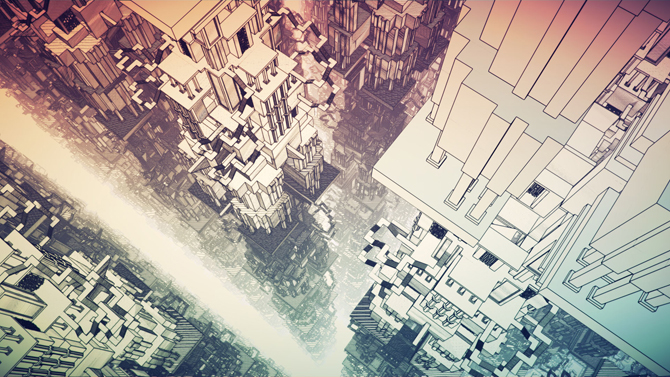