Artists within the eclipsing series show us that there is something hidden there. In true darkness there is tremendous power. These artists shed light on the marginal, mysterious, spectacular spaces of night.

Danny Giles combines sculpture, performance and research to give form to political and metaphysical positions. His practice attempts to represent performative states of dispossession and to redress oppressive and exploitative systems. Giles received his BFA from the School of the Art Institute of Chicago in 2011 and his MFA from Northwestern University in 2013. Recent exhibitions and projects include “here”, a performance for the MCA Chicago (2017), “Thinging Bodies”, a curated program of video at Gallery 400 and a new project for No Coast Editions, Chicago.

Lyric:
In “Lyric”, participants enter into a darkend space, lit by the flashing blue lights of a modified Police Observation Device box, devices used around Chicago to surveil citizens in “high crime areas”. The device, which typically is capable of capturing a large amount of data based on video footage mounted below a blue light, is reconfigured with poly-rhythimic strobes, creating the atmosphere of a darkened night club. Participants take part in the installation through dance. Everyone is asked to bring headphones to listen to their own music and dance to their own beat.

Jared Brown is an interdisciplinary artist born in Chicago. Jared’s work constructs a mythology around their origins and archives their existence as a black celestial being. In recent work, Jared has been broadcasting audio and text based work through the radio (CENTRAL AIR RADIO, 88.5 FM), in live DJ sets, and on social media. They consider themselves a data thief, understanding this role from John Akomfrah’s description of the data thief as a figure that does not belong to the past or present. As a data thief, Jared Brown makes archeological digs for fragments of black American subculture, history and technology. Jared repurposes these fragments in audio, text, and video to investigate the relationship between history and digital, immaterial space. Jared Brown is interested in exposing the contradictions and complexity within black American subculture. They consider these gaps and slippages as a type of code that holds the key to a personal and collective future. Jared Brown holds a BFA in video from the Maryland Institute College of Art and moved back to Chicago in 2016 in order to make and share work that directly relates to their personal history.

Views from the 12th House:
Everybody’s searching for a place where they belong. And I’ve found a place where I can do no wrong.
Everybody’s loving me for being me.
I never thought that I could feel so free. The night life is where I want to be.
Bring me back the night. I need you!
They blame everything that went wrong on the night. They fear the night. They fear darkness. They make me fear it too.
But what about everything I can only do at night that makes me feel so alive?
Where do divas go to howl at the moon?
Views from the 12th House explores my complicated relationship to the night and darkness. Using sound, text, video, aroma and performance, I invite the audience to embark on a cathartic experience with me while I bridge together my fears that only exist during the night with the salvation I feel while I live in pure darkness.

FUPU is the white male patriarchy’s reckoning. It’s dressed in an all-Black, femme punk band, but it’s the war for reparations incarnate. FUPU does not represent the same ol’ coy request for equality, it’s a declarative statement: we have BEEN understanding and humble to the point of detriment, so new rules-FUCK U PAY US and SUCK MY NAPPY BLACK PUSSY.

JASMINE NYENDE—lead vocalist, who plays ukulele and has been playing folk music for ten years believes range and a wide, creative mind can save us all. Her focus is writing.

AYOTUNDE OSAREME—a bassist and African storyteller, became intrigued by the barely noticeable, hyper-necessary mysticism of the bass half-way through her decade-long study of the violin.

TIANNA NICOLE—who makes noise with whatever is available, but is moved by nothing more than the drums, has been drumming for thirteen years and wants to continue to understand the people and environment around her.

THE UHURUVERSE—who started playing guitar Summer 2016 when FUPU formed, believes music is in everything and makes up the entire Universe. Her priority is sustaining and prospering #SNATCHPOWER—a safe space for all of the oppressed.

FUPU has now been featured on AFROPUNK.com, LA Weekly, and LA Times for their radical and overdue message of “reparations or bust.” And it’s very nice that you like the band, but: FUCK U, PAY US! 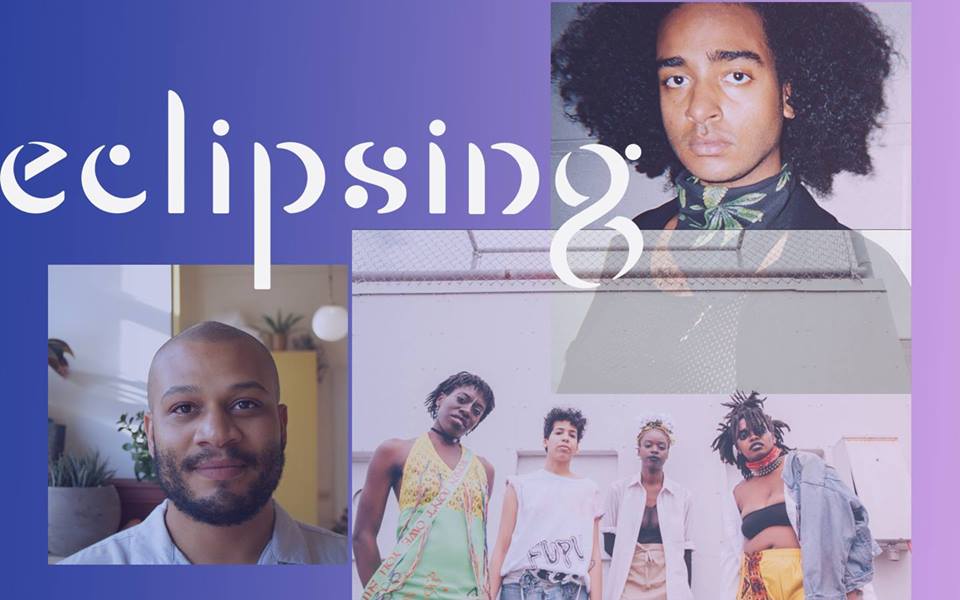