Artists within the eclipsing series show us that there is something hidden there. In true darkness there is tremendous power. These artists shed light on the marginal, mysterious, spectacular spaces of night.

The Participatory Music Coalition began as the sonic subcommittee of the MB Collective, a theater, performance, visual and community collective of artists integrating diverse performative traditions, especially with respect to the South Side Community Art Center and its founder, the great spirit Margaret Burroughs. Musicians of the MB collective began participating in the weekly “Sonic Healing Ministries Free Jazz Sessions” organized and headed by composer/instrumentalist and educator David Boykin. Finding fulfillment and growth through these sessions members began to meet in each others homes to experiment, compose, and practice new music.

Recognizing the spiritual importance of Black American Classical Music, Participatory Music Coalition maintains improvisation as the very core of our creative endeavors because improvisation is the doorway to the spirit-domain, and sound is the primordial vessel of healing to the world.

Our performances proceed through journeys of sound, text, movement, poetry, song, moving images, and cuisine.Both free and planned improvisational offerings will leave plenty of space for guests to contribute and share.We encourage participation by all! By thought, word, deed, and sound, we invite you to celebrate with us the divine unity of all the cosmos that music represents. We welcome your sound, your spirit, your voice and your heartbeat!

American Idol-Hollywood finalist, Amma Whatt, released her debut EP ‘Maybe’ to awaiting fans in 2012. This release garnered Amma a nomination for Soultracks.com’s “Best New Artist”, and debuted at #3 in the R&B/Soul category on Bandcamp.com. After remaining in the Top 8 for over 6 weeks, “Maybe” positioned Amma at the forefront of new underground, indie favorites, and SoulTrain.com says her hybrid fusion of R&B, world music, hip-hop, and jazz has her “…poised to take soul music to the next level…”

Amma grew up in Brooklyn learning Afro-Cuban Orisha chants and music, and Sene-Gambian dance, from both her parents who toured the world and performed professionally throughout her childhood. Having honed her musical skills at Howard University, Amma has toured internationally as in-demand songwriter, vocal producer, and supporting vocalist.

Amma co-wrote “Just the Way You Are” for Kindred and The Family Soul with the Grammy-nominated songwriting team Big Drawz Music, and was a lead vocalist/co-composer for improvisational funk group, Vinx and the Groove Heroes. Amma’s signature vocals were featured in a national TV-ad campaign theme “Get Happy” for the retailer Homegoods, and was heard daily by millions of viewers from 2012-2015. Amma was also featured in the Oscar-nominated song “Raise It Up” from the movie “August Rush”, and She performed the song at the 2008 Academy Awards. 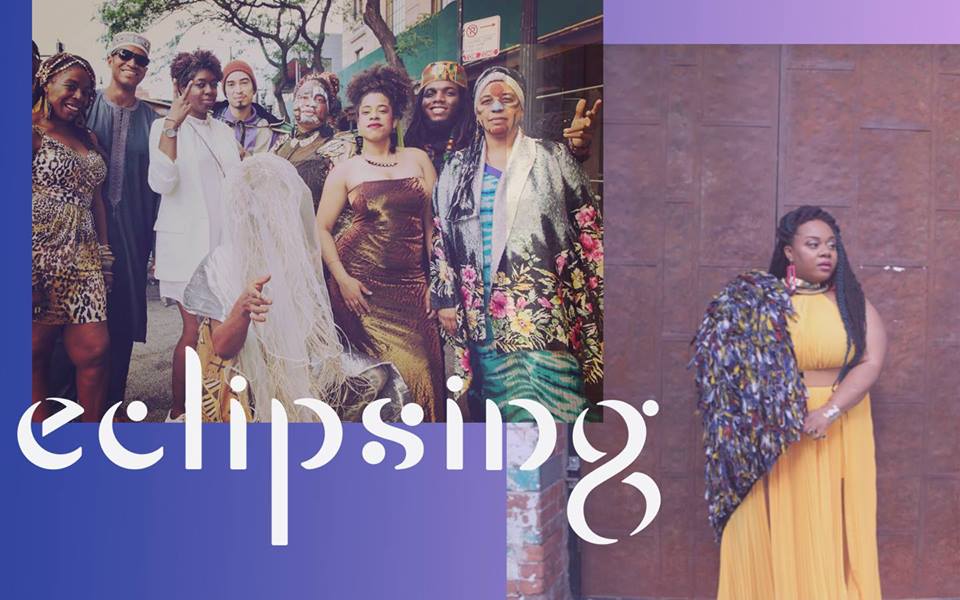