On view through Friday, March 2nd

A survey of lavender menace interruptions in space 2014-2018

Program 7pm: Q and A with Angela Davis Fegan about the work and musical performance from Kara Jackson.

The lavender menace poster project is a public messaging and infiltration project produced through handmade paper production, letterpress printing and laser cut text. The paper production process involves incorporating organic and recycled/repurposed materials for symbolic/emblematic and grotesque results. Letterpress printing is used as subversion of the traditional means of mass commercial communication, and the current quaint production of wedding invitations.

The goal of the work is to produce multifaceted alluring/repulsive handmade objects that stand out from the slick media saturated environment and announce resistance from the status quo. The project stems from a desire to voice institutional critique and run interference on mainstream leftist organizations that market tolerance as freedom and rights as consumer choices. Fegan’s interest, in these specific mediums, stems from her committed desire to craft handmade objects in the time of the supremacy of ephemeral digital experience. It is these types of handmade objects that lend themselves to the tactile viewing experience and to distribution through a network beyond that of a single location. It is meant for viewing in public space, such as bar bathrooms, community health centers, alleys, and hair salons.

The phrase “lavender menace” was coined by NOW leader Betty Friedan who used it at a NOW meeting in 1969, claiming that outspoken lesbians were a threat to the feminist movement, arguing that the presence of these women distracted from the goals of gaining economic and social equality for women. Women took this insult, resisted and fought back forming the Lavender Menace group- it was one of the groups created as backlash to this exclusion of lesbians.The group formed in 1970, with many members involved in the Gay Liberation Front and the National Organization for Women. Join us celebrating the coming 50th anniversary of this struggle!

Open by appointment outside of receptions until March 2. For an appointment, call 312 852 7717 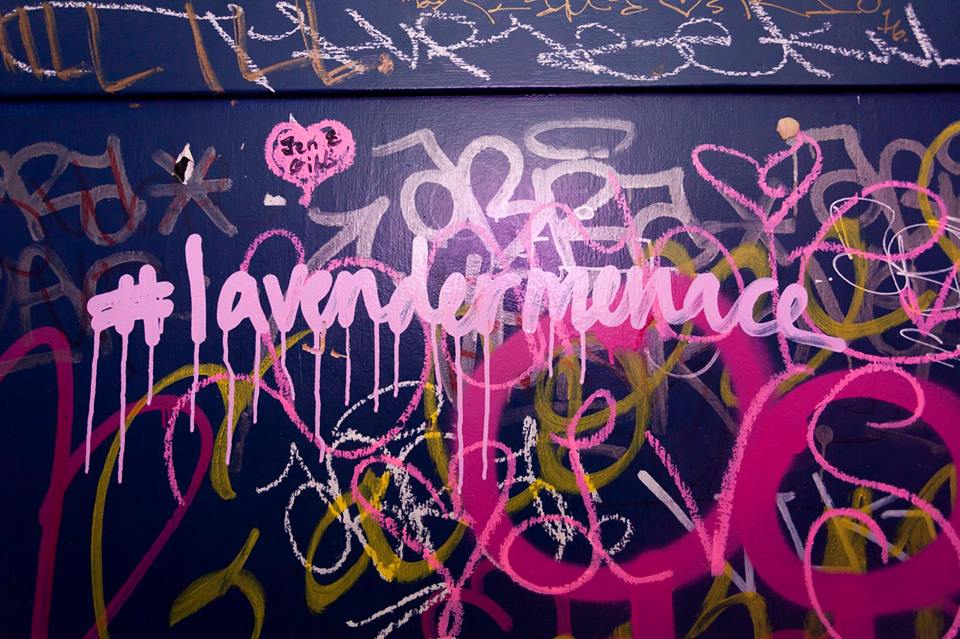