A Saturday Show of Sound Performance

Featured artists:
Lucas Reif (b. 1997 Seattle, WA) is a Chicago-based artist and designer working across print, publishing, and sound. His work experiments with the intersections of these mediums, often drawing from the rich collaborative landscapes of punk and hardcore music communities. Much of his current visual practice is rooted in web-based image scavenging and appropriation. He uses various printing processes as a means of solidifying and sealing images and image fragments, transcending the digital space and creating physical artifacts. The printed matter becomes record of an information transfer within a larger narrative, a sort of image system containing interlocking visual languages and cultural residue. His ongoing publication Disruptor was recently featured in Juxtapoz magazine, with the fifth issue of Disruptor set for release in Spring 2018. Lucas is currently a BFA candidate at the School of the Art Institute of Chicago. 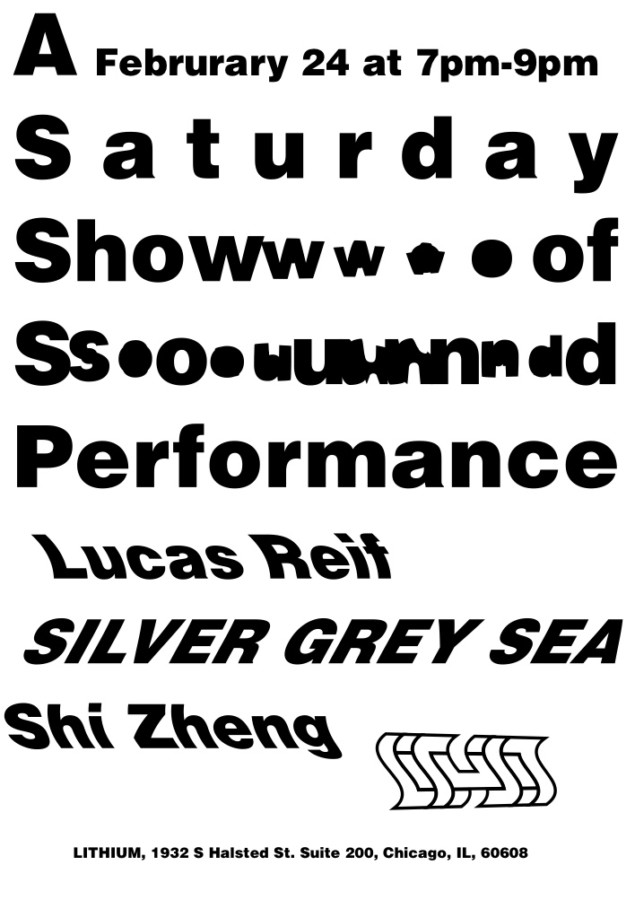