As a part of the National Black Lives Matter at Schools Week, the Chicago Teachers Union is hosting a free screening of the documentary film “’63 Boycott” by Kartemquin Films.

The film will be followed by a panel discussion including filmmakers, boycott participants, and those on the front lines fighting for education justice in Chicago today.

On October 22, 1963, more than 250,000 students boycotted the Chicago Public Schools to protest racial segregation. Many marched through the city calling for the resignation of School Superintendent Benjamin Willis, who placed trailers, dubbed ‘Willis Wagons,’ on playgrounds and parking lots of overcrowded black schools rather than let them enroll in nearby white schools. Blending unseen 16mm footage of the march shot by Kartemquin founder Gordon Quinn with the participants’ reflections today, ’63 Boycott connects the forgotten story of one of the largest northern civil rights demonstrations to contemporary issues around race, education, school closings, and youth activism. 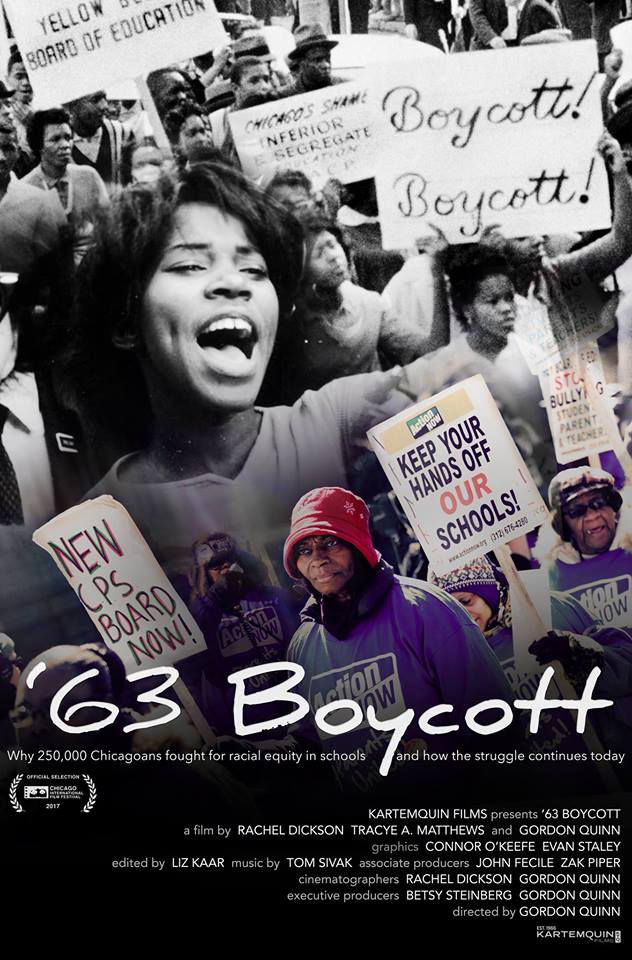