This edition of The Chicago Track Workshop Series is for aspiring web series creators, writers, producers, directors and anyone who wants to learn how to create transformative independent media.

Development Panel: From Concept to Creation

Aymar Jean “AJ” Christian is an assistant professor of communication studies at Northwestern University and a Fellow at the Peabody Media Center. His first book, Open TV: Innovation Beyond Hollywood and the Rise of Web Television on New York University Press, argues the web brought innovation to television by opening development to independent producers. His work has been published in numerous academic journals, including The International Journal of Communication, Cinema Journal, Continuum, and Transformative Works and Cultures. He has juried television and video for the Peabody Awards, Gotham Awards, and Tribeca Film Festival, among others. He leads Open TV (beta), a research project and platform for intersectional television. Open TV (beta) programs have received recognition from HBO, the Television Academy (Emmy Awards), Streamy Awards, and Independent Filmmaker Project (Gotham Awards). Its programming partners have included the Museum of Contemporary Art Chicago, Art Institute of Chicago, Block Museum of Art, and City of Chicago, along with numerous galleries, community organizations, and universities. Dr. Christian’s blog, Televisual, is an archive of over 500 posts chronicling the rise of the web TV market, and he has written regular reports on TV and new media for Indiewire, The Wall Street Journal, Slate, and Tubefilter. He received PhD from the University of Pennsylvania.

Stephanie Jeter is an award-winning filmmaker from Chicago, Illinois. After graduating with the help of a writing scholarship from DePaul University’s film program, Stephanie has spent the past nine years freelancing on various studio films, network television shows and commercials. She has work with companies such as Showtime, Warner Brothers, Adidas, and BET.

She has also built a body of creative work as a writer and director, including the short film Searching for Isabelle, Vanishing Oakenwald a theatrical play, and feature-length screenplays in development.

She is currently the Senior Producer at Cinema Libertad, Head of Production for Open TV (Beta), and Writer/Director at Searching Productions focusing her work on auteur-driven commercial, film and television projects created by and for people of color.

Ricardo Gamboa is an award-winning artist, activist, and academic working in their native Chicago and New York City, creating radically politicized work. In Chicago, Ricardo is a member of the Free Street Theater, the Goodman Theater Playwrights Unit, a resident playwright at Chicago Dramatists, and founding adult creative partner of the controversial, politically-charged ensemble The Young Fugitives. In New York City, they are a fellow of the EmergeNYC program at Hemispheric Institute of Performance and Politics and a member of the New York Neo-Futurists. They are finishing their doctorate degree at New York University’s renowned American Studies program and are a Critical Collaborations Fellow (2016-2018) at the Tisch School of the Arts, where they received their M.A. in Arts Politics (2013).Ricardo has won several awards including a Joyce Award and an International Connections Award from the John D. and Catherine T. MacArthur Foundation. They have worked with over 5,000 young people in the hemisphere. Their current projects include the underground live news show and podcast The Hoodoisie, the audience- and critically engaged, community-based theater piece Meet Juan(ito) Doe and BRUJOS, the genre-bending, ground-breaking web series about four gay Latino doctoral students who are also witches (co-directed with Reshmi Hazra Rustebakke and Robert Stockwell).

Reshmi Hazra Rustebakke is a multi-faceted filmmaker and theater maker. She has her BFA from New York University, Playwrights Horizons Theatre School. During her time in New York, she received the Robert Moss Directing Fellow at Playwrights Horizons Theatre, as well as the Artist of Color Fellowship at New York Theatre Workshop. She works creatively developing new work, but also directing, producing, and production managing many kinds of shoots and plays. She has worked at The Vineyard, Playwrights Horizons Theatre, New York Theatre Workshop, TimeLine Theatre, Chicago Shakespeare Theater, Free Street, and many more. She has worked with Anne Kauffman, Lisa Portes, Dexter Bullard, and Les Waters. By day she works in corporate video production, but her free time is devoted to narrative driven content. She is the co-director of critically acclaimed BRUJOS, as well as Geeta’s Guide to Moving on, Ethel and Agnes, and several more projects in development. She is a company member with 2ndStory and develops work as a storyteller, curator, and director.

Zak Payne is the writer, producer, director, editor and lead actor in the Chicago-based webseries, Kissing Walls. He is originally from Phoenix, Arizona– where he received his Bachelor of Arts Degree in English Literature from Arizona State University. He postponed his move to Los Angeles and chose instead to move to the beautiful city of Chicago where he has spent the last few years developing his craft and living amongst a diverse community of fellow hard-working artists.

Kissing Walls is a romantic comedy that explores the nuanced love lives of two queer men of color living in Chicago. Season 1 of the series was accepted into IFP’s 2016 Screen Forward Lab, held annually in New York City. It was also an official selection at the 2017 SeriesFest for their Digital Short Series Competition held in Denver, Colorado.

Zak is currently in post-production of Season 2 of Kissing Walls, with hopes of premiering the newest season in Fall of 2018. He is also in the early development stages of several other series and film projects.

Your web series is done, but how do you get people to watch it? Creator of BRUJOS Ricardo Gamboa will show you how to engage communities to ensure the success of your web series.

How do you crew up for your web series without the budget of a major studio? Filmmaker and Open TV Beta Head of Production Stephanie Jeter will guide particiapants through the process of putting together a crew to shoot your web series. 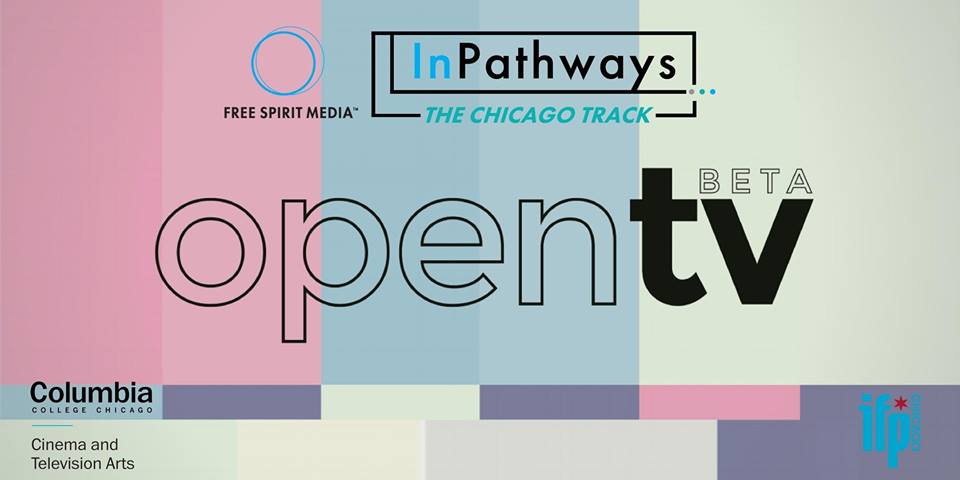