As we commemorate Dr. King’s legacy this week, Rootwork Gallery invites journalist and media director Deborah Crable to speak with photographer and community builder Karega Kofi Moyo about the extraordinary archive of photographs he has built over his career and the fateful date he captured some of the most compelling images of his life, now on display at Rootwork.

Karega Kofi Moyo—
Born in Chicago in 1939 to Arnold C. Saunders and Lydia Louise Monia, Karega was provided with a rich experiential environment. Following footprints and patterns established by his parents, Karega built his career in photojournalism, freelancing widely with the Chicago Defender, Ebony magazine and many other institutions and in a 13-year residency at the University of Chicago’s Public Information Office. He has been noted for his assistance in the early development of Third World Press and the Institute of Positive Education in the 1970’s, serving as a photographer and in graphics design, layout, and publishing in both management and volunteer positions.
Karega says Edward Steichen’s “Family of Man” photo-exhibition “impacted me greatly, setting me on a course of discovery of the works of Gordon Parks, James Van Der Zee, Roy DeCarava and other contributors to documentation of the Black experience. At the same time serious social change was being played out on the streets and halls of government that demanded involvement. Black Power, The Black Panthers, Police Riots, the Assassination of Martin Luther King, CIA incursion and destabilization of African countries during the 1960 through 1980’s were compelling reasons to be more than a casual observer of needed change.”
Freelance assignments in Africa resulted in Karega’s eventual move to Monrovia, Liberia where he launched Resource Associates, a cultural business collective. After returning to the US due to political unrest in 1984, he incorporated Resource International Ltd. and co-founded Real Men Cook for Charity leading to a book with with Simon and Schuster, titled Real Men Cook: Rites, Rituals, and Recipes for Living with a foreword by then-US Senator Barak Obama who was a regular participant in RMC events.
The recipient of many awards including the Community Mental Health Council’s Leadership award; the Chicago Tribune “Good Eating” award; and the Turner Network “Trumpet” award; Karega is father to 8 children (his daughter Zelpah was killed in a tragic accident at age 16). An active steward of cultural organizations nationwide, Karega is currently working on the Zepia Studio Collection, an archival record of 25 years of his work as a photographer.

Deborah J. Crable—
Deborah J. Crable is president and CEO of DJC Enterprises, Inc., a media services and production company. The media services division provides clients with message and image solutions, video production and media training. The production division also develops television, theater and film projects that offer insightful interpretations and inspiring images of the African Diaspora experience. Production credits include the national Telly Award-winning documentary “Heading West” that traces the migration of African-Americans from the southern states to the west of Chicago. Premier clients include Kennedy-King College, WYCC-TV20, the nation’s largest minority-controlled PBS station licensed to the City Colleges of Chicago, Gallery Guichard-one of Bronzevilles premier galleries promoting works by African descended artists, the African-American Military Museum and Africa International House which produces the annual African Festival of the Arts. Ms. Crable is the national chairman of the National Alliance of Market Developers, one of the nation’s oldest professional African-American organizations. As president, she installed the first NAMD exhibition at the DuSable Museum of African-American history in Chicago. She aims to heighten awareness of the power and significant of the African-American market during her tenure with a national public service campaign entitled: Know Your Buying Power.

Monuments: Photographing Uprising and Rebellion in Post-MLK Chicago, 1968
Photographs by Karega Kofi Moyo with an installation by Spencer Hutchinson 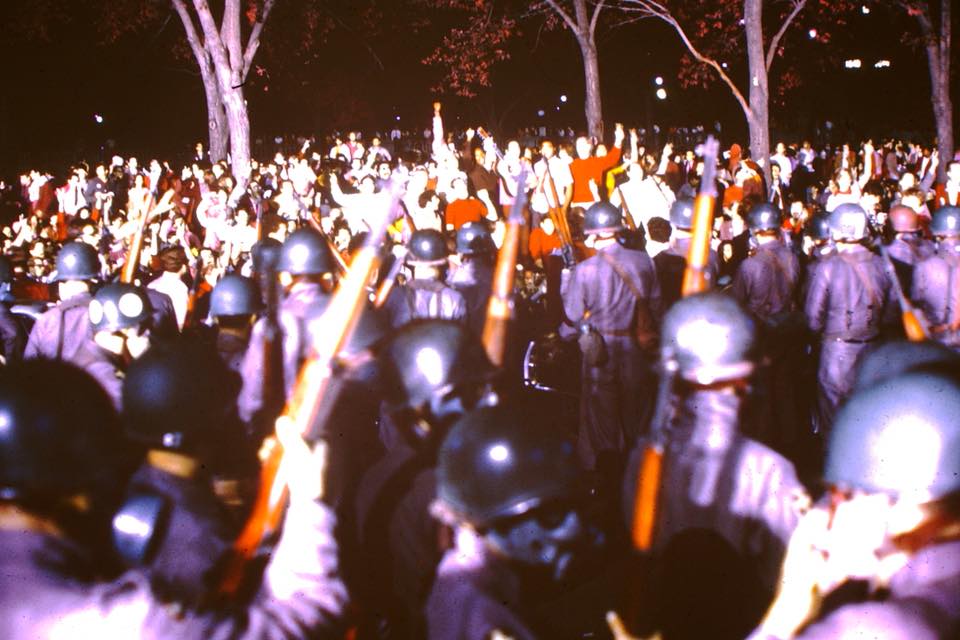