On view through Sunday, May 13th

Anderson will also engage with one of the show’s curators, Mike Noland, in a Q&A discussion at 7 p.m.

There will be free refreshments available for guests to enjoy!

About Stephen Warde Anderson, and the exhibition:

After attending University of Chicago for one year, then serving in the United States Navy for four years, Rockford, Ill., native Stephen Warde Anderson decided he’d spend the rest of his life creating things.

His nontraditional route to uncovering his artistic talents, as well the fact that his skills are entirely self-taught, make Anderson’s work all the more astonishing. Stephen Warde Anderson: Attention to Detail captures the pointillist techniques he employed in his earliest works.

Anderson began his foray into the art world through charcoal and pencil drawings, and then graduated on to painting through the development of his own methods for production, such as mixing tempera with his own saliva. He also fashioned flexible stylus instruments from small cut pieces of whipped cream containers, which he used alongside sewing needles to create tiny paint dots and striations.

Anderson’s art is heavily concentrated in portraits of film stars, famous women, and historical subjects. Intuit will be showcasing more than 30 of these paintings, two never-before-seen by the public. “Attention to Detail” pulls together many of Anderson’s original pieces from a variety of private collections.

This exhibition focuses primarily on the naissance of Anderson’s career as an artist, during which time his portraits stand out as remarkably meticulous. Anderson’s first paintings took well over a year each for him to finish, speaking to his intense attention to detail, as reflected in the show’s title. 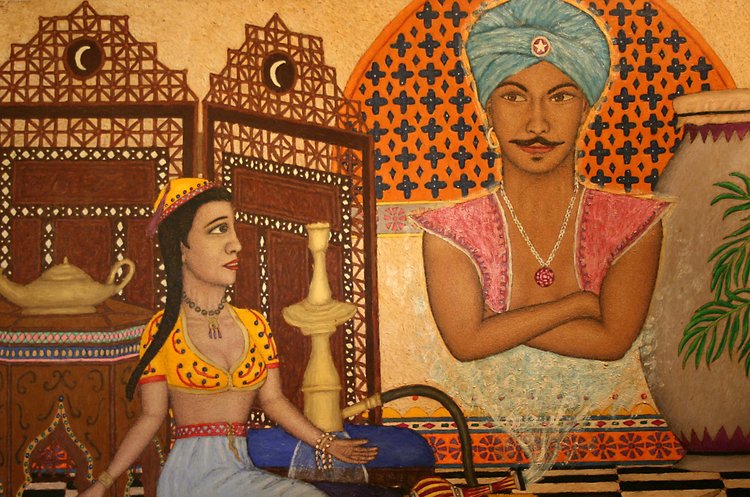