New Documentaries: The Other Kids

THE OTHER KIDS follows six teens as they struggle through their final days of high school in the gold rush town of Sonora, CA. THE OTHER KIDS is a totally unscripted hybrid of fiction and non-fiction in which real teenagers play versions of themselves in a constructed, fictional universe. Brutal, funny and moving, THE OTHER KIDS is an honest film about the power of friendship, the pain of loss and the exhilaration of being seventeen.

Q&A with filmmaker in person, following the screening

New Documentaries Series:
This film series, in partnership with Northwestern University MFA in Documentary Media program, highlights two feature films and five new short films in the hybrid-documentary genre, which mixes nonfiction with traditional fiction filmmaking. All filmmakers will be in attendance to discuss their work. 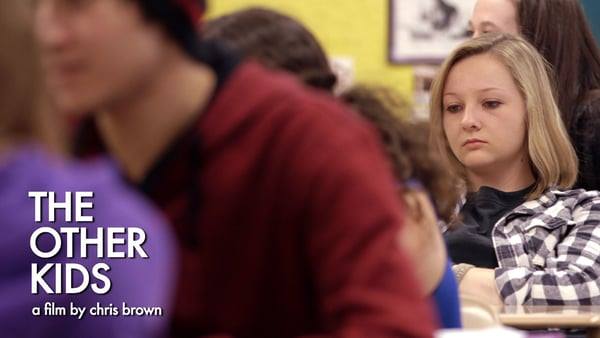