On view through Saturday, February 24th

There are ways in which Nazafarin Lotfi’s work constructs, and ways in which it deconstructs. The things she makes present themselves as having been both made and unmade. When we consider what it is that she has produced, we end up navigating interiors and exteriors, unsure as to whether the whole structure might be inside out. Her objects (paintings, sculptures, drawings – often all three at once) are clearly defined in space leaving no confusion as to what the work is, but the spaces they establish, in and of themselves, emerge and collapse repeatedly.

The works comprising her new exhibition, “Negative Capability”, force reconsiderations of how an artist might manipulate materials into pictures and objects. With their four 90 degree corners, square-shaped paintings hang from d-rings, the character of their depth distorted as portions protrude several inches from its shallow, stretcher bar perimeter. Exaggerated topographies pop and bulge, creating networks of peaks, valleys and crevices brought on through various tonal and material shifts: plaster, papier-mâché, embedded objects, rubbings, stark white, deep black, every gray, gold. The surfaces we see seem just as likely to have had something done from within them, as they may have had done onto them. There are materials that have been clearly applied, inserted or marked, but there are other aspects to these things that seem to be the results of invisible and internal forces. A single sculpture, roughly the size and proportions of an adult human (if that human was making every effort to appear small and ignorable), sits on the floor curling around itself, filled with the absence of something that was once there, or should have been. The object is a shell, the contents of which are gone, but they were clearly responsible for the shape it has taken. Like the paintings, we are provided access to what might otherwise be the unseen spaces behind or underneath that which we are expected to engage. However, these are not simply gestures toward revelations, rather they are ways of destabilizing hierarchies of spatial relationships; uncovering as a mode of production. These unstable physical attributes affiliate themselves well with the varied origins that inform Lotfi’s material, spatial and compositional results: The intent and historical context behind Malevich’s Black Square; the failures of revolution, and utopian ideals feeling less and less tangible; the fear, isolation and deep disappointment of the Muslim travel ban; relocating to a desert landscape, connecting the present with a terrestrially distant past; an urge to be part of something, and a need to reclaim individuality.

The title of the exhibition comes from John Keats. He coined this phrase, “Negative Capability”, as a way of describing how certain artists and thinkers welcome confusion, doubt and uncertainty as sites for contemplation and production without feeling inclined to clarify or solve based on fact or consensus. Lotfi situates her work within such unsettled states, forming objects of instigation that deepen these modes of questioning; always moving further from anything we might call an answer. 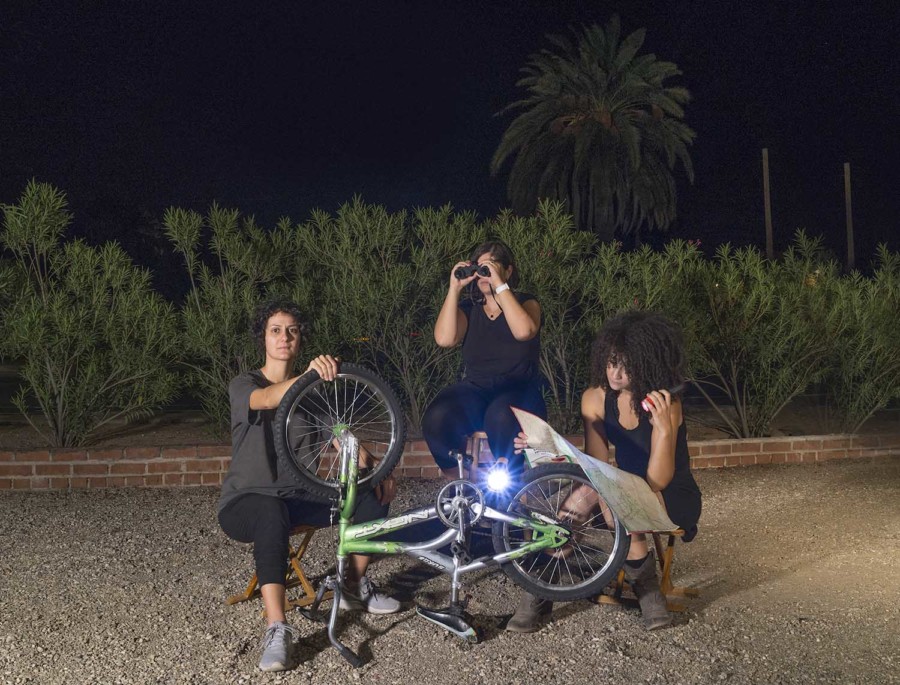