The landmark visual album LEMONADE (Beyoncé, 2016) draws inspiration from the evocative imagery of Julie Dash, Arthur Jafa and Carrie Mae Weems, and the haunting poetry of Warsan Shire, to protest the invisibility of Black women, and offer a radical, but complicated, revisioning of Black female bodies and struggles. The screening will be followed by conversation with filmmaker JULIE DASH, singer/songwriter/poet JAMILA WOODS and UChicago film scholar/Cinema 53 curator JACQUELINE STEWART.

**This event is free and open to the public. Seating is first-come, first-seated. Doors open at 6:30.**

JULIE DASH is a filmmaker, author and website creator. Her film studies began in Harlem in 1969, but eventually led her to the American Film Institute and UCLA, where she made The Diary of an African Nun (1977), based on a short story by Alice Walker, which won a student award from the Directors Guild of America. Dash’s critically acclaimed short film Illusions (1982) later won the Jury Prize for Best Film of the Decade awarded by the Black Filmmakers Foundation. Dash’s first feature — Daughters of the Dust (1991) — was the first film by an African American woman to receive a general theatrical release in the United States; the Library of Congress named it to the National Film Registry in 2004. She was nominated for a Directors Guild Award for The Rosa Parks Story (2002) starring Angela Bassett. In 2017, Dash directed episodes of Ava DuVernay’s Queen Sugar on the Oprah Winfrey Network.

JAMILA WOODS is a Chicago poet, singer-songwriter, and educator. A Pushcart Prize winner and recipient of the 2015 Ruth Lilly and Dorothy Sargent Rosenberg Poetry Fellowship, her poetry has been published by Poetry Foundation, Haymarket Books and Third World Press. She currently works as Associate Artistic Director of Young Chicago Authors, where she teaches poetry to Chicago youth and helps organize Louder Than A Bomb, the largest youth poetry festival in the world. As a singer-songwriter, she has collaborated with Chance The Rapper and Macklemore, and toured supporting Corinne Bailey Rae. She also served as music consultant for the Emmy-nominated web series Brown Girls. Her critically acclaimed debut album HEAVN was re-released via JagJaguwar Records and Closed Sessions in 2017.

JACQUELINE STEWART, curator of Cinema 53, is professor of Cinema and Media Studies at the University of Chicago, director of the Gray Center for Arts and Inquiry, and co-curator of the L.A. Rebellion Preservation Project at the UCLA Film and Television Archive. She also directs the Southside Home Movie Project and serves as an appointee to the National Film Preservation Board. She is currently researching the racial politics of moving image preservation and is also completing a study of the life and work of African American actor/writer/director Spencer Williams. Stewart is the author of Migrating to the Movies: Cinema and Black Urban Modernity, which has achieved recognition from the Society for Cinema and Media Studies and the Black Caucus of the American Library Association.

This event concludes Ripples and Waves, 4-part a series of programs observing the 40th anniversary of the Combahee River Collective Statement, the radical articulation of the tenets and goals of a truly revolutionary Black feminist theory and praxis. Presented in conjunction with the UChicago Center for the Study of Race, Politics and Culture and the fall Reproduction of Race & Racial Ideologies Workshop series, “From Combahee to #BlackLivesMatter: Exploring a History of Black Politics and Culture,” with support from the Center for the Study of Gender and Sexuality at UChicago.

Cinema 53 is a new screening and discussion series presenting conversation-provoking films by and about women and people of color. A partnership between the historic Harper Theater in downtown Hyde Park and the University of Chicago’s Gray Center for Arts & Inquiry, Cinema 53 brings together scholars, artists, students and audiences from the South Side and beyond to consider how visual cultures reflect, and reflect upon, enduring inequalities and revolutionary futures. 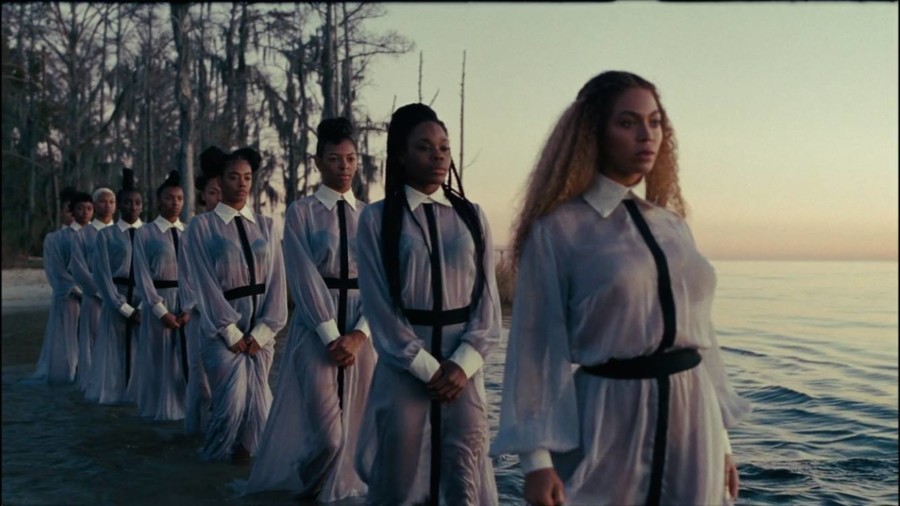