Jesse Meredith: Do You Fear For Your Life

In the defensive culture of the United States, fear of the Other intersects with national mythologies to produce a unique movement of protective preparation. Yet the act of hardening a culture (or a family, a home, a country) against a threatening fantasy produces a paranoid experience of hypervigilance, advancing the self-serving logic of defensive aggression.

Artist Bio
Jesse Meredith grew up between New York City and rural Schoharie County in upstate New York. Existing between these very different worlds brought him into early contact with the idea of a multiplicity of circumstances that produce disparate, often conflicting sets of truth. His work is motivated by this multiplicity as he investigates relationships between fear and power, tackling issues of division and conflict in contemporary society. He is currently pursuing his MFA at the School of the Art Institute of Chicago.

Tags: 062, Bridgeport, Chicago, Do You Fear For Your Life, Illinois, Jesse Meredith, zhou b art center 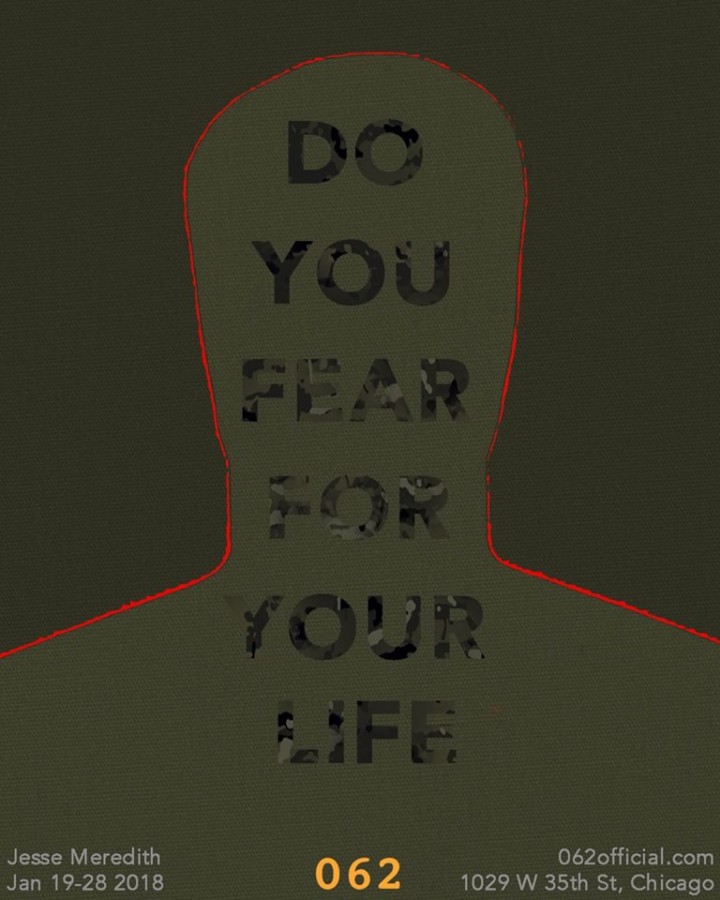