Jared Packard: Bandage for a Bruise

On view through Saturday, February 10th

Jared Packard views his works as mirrors of imperfect individuals—full of mistakes, self doubt, overcompensation, and pretension. They are shields, fences, and walls that offer only slim and guarded glimpses into vulnerability and chaos. He uses these works to show viewers the frailty and transparency of his/her/their own attempts at perfection and how these defenses often merely serve to accentuate “the flaw.” In Jared’s world “the flaw” is a queer, HIV-positive one that falls short of norms, expectations, and ideals. This is explored through haphazardly and expressively painted surfaces, often on raw, fleshy canvas, that are left naked and unguarded. Seemingly disparate actions are forced together. Sloppy, sappy surfaces reign. Jared then eliminates a viewer’s ability to fully engage these actions by shoving an aggressive, but wonky grid, a representation of a loosely woven fabric, or a mass of whitewash for example, between us and the painting’s “true” self. The result is a game of hide and seek that offers a level of frustration and pity for these overcompensating messes.

Jared Packard (b. 1989, Washington, D.C.) is an artist and curator based in Chicago, IL. Primarily a painter, Packard has recently begun making ceramic and wood sculptures. Packard completed his BA at Clark University and his MFA at School of the Art Institute of Chicago. He has been the recipient of the Steinbrecher Fellowship and Sara Bickman Fellowship. He is currently curating unLOCK: Merging Art and Industry, Lockport, IL and has also curated the nationally traveling exhibition, ReTooled: Highlights from the Hechinger Collection; and (Re)Flex Space, Sullivan Galleries, Chicago, IL. He has shown at Sullivan Galleries, Chicago, IL; Centre International d’Art Contemporain, Pont-Aven, France; Hillyer Art Space, Washington, D.C.; Shiltkamp Gallery, Worcester, MA.

Open Saturdays 12-5pm, and by appointment 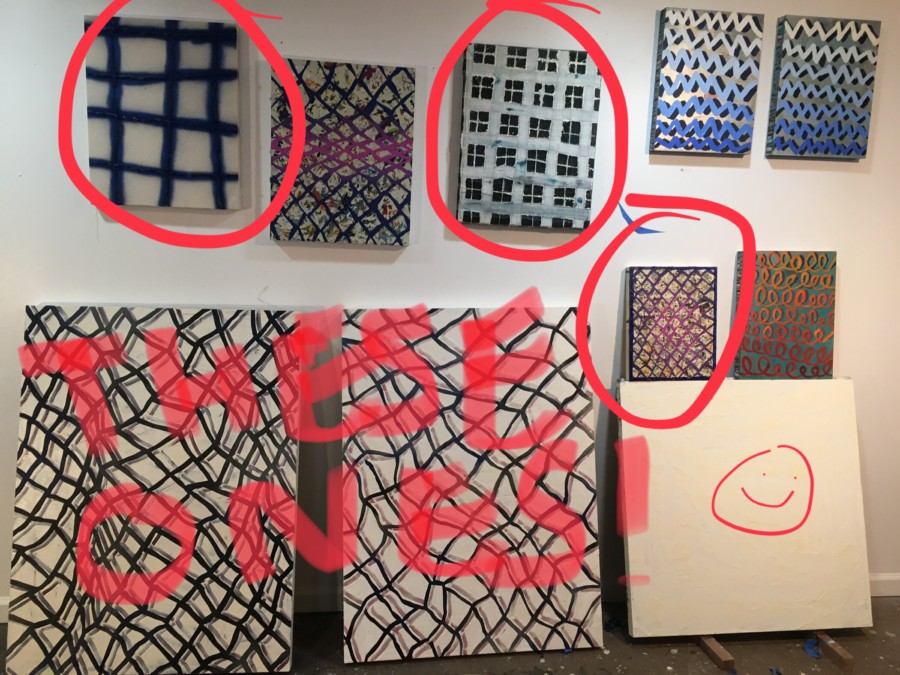