On view through Sunday, June 24th

To celebrate the recent gift of the painting One (1970), by American artist Sam Gilliam (b. 1933), the Block Museum will present a focused exhibition of works by artists engaged with abstraction and the expansion of painting in the U.S. in the 1960s and 1970s. Donated from the estate of Dawn Clark Netsch from the Collection of Walter A. Netsch and Dawn Clark Netsch, One is a quintessential example of Gilliam’s innovative “drape” paintings, which the artist began making in the late 1960’s. Moving beyond the experiments of other painters of the era, Gilliam saturated raw, unstretched canvas with acrylic to create works that lie at the intersection of painting and sculpture. Born in Tupelo, Mississippi and raised in Louisville, Kentucky, Gilliam has been based in Washington D.C. since the early 1960’s, and is part of a generation of Washington-based painters who have explored the boundaries of color, scale, and shape in painting.

One will be considered in the context of works from the Block’s collection by Gilliam’s contemporaries Alan Shields and Frank Stella. These works will be supplemented by additional Gilliam works drawn local collections.

This program is partially supported by a grant from the Illinois Arts Council Agency.

Image: Sam Gilliam, detail from One (1970), Collection of the Mary and Leigh Block Museum of Art 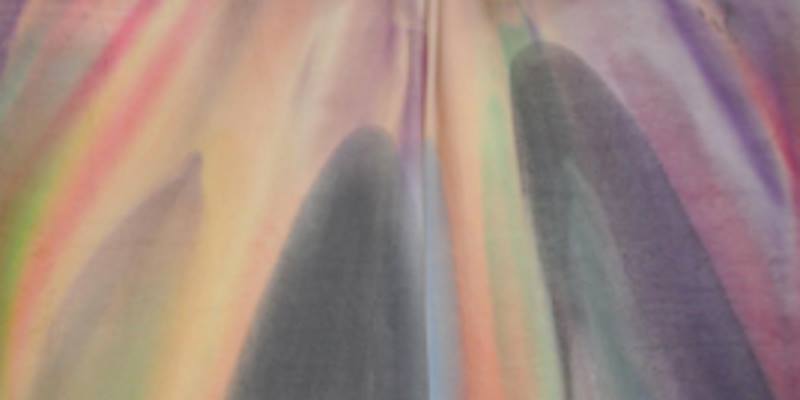