On view through Wednesday, February 14th

Eleftheria Lialios’s work as a photographer began as a post-graduate student researcher in comparative anthropology, at Wayne State University, Detroit as a photographer for the Detroit Zoo. She soon began photographing the surrounding environs of the Wayne State campus and transferred her anthropological lens to documenting the radicals, musicians, clowns, poets, and other social outcasts that surrounded the university area where she lived.

Beginning in 1980, Eleftheria went into the studio and began working with medium and large format cameras. The series, “Installations to be photographed, then destroyed, 1980-83” were large scale installations that took weeks to complete, using whatever existing material could be found, (tape, banners, dolls, cables, antennas, monitors), and even the artist herself. After a photograph was taken, the set was destroyed.

All of the photographic work was processed in the pre-digital era and therefore all of the prints were developed by hand and printed by the artist herself.

Eleftheria Lialios earned her MFA from The School of the Art Institute of Chicago in 1985 and taught there until 2010. She has shown her work at Woman Made Gallery, The Experimental Sound Studio, the Zhou B. Art Center, The Betty Rymer Gallery, Paul Klein Gallery and the Museum of Contemporary Photography. She lives and works in Chicago.

For more information on Eleftheria Lialios and her work, check the link below: 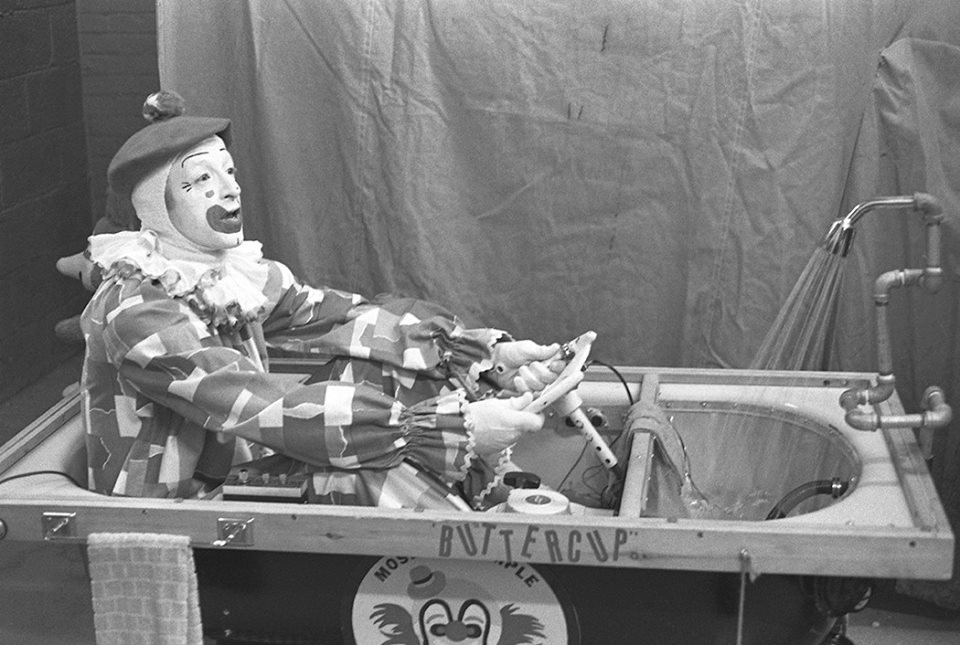