All experience levels are welcome to a poetry discussion and creative writing workshop sparked by the current exhibition, William Blake and the Age of Aquarius. After engaging with the exhibition, participants will compose original poems through the lens of the works on view. Led by Maggie Queeney, of the Poetry Foundation.

Space is limited and registration is required.
Presented in partnership with the Poetry Foundation

In the summer of 1967, more than 100,000 young people streamed into the Haight-Ashbury district of San Francisco and the Sunset Strip in Los Angeles, as well as Greenwich Village in New York and Old Town in Chicago, to celebrate peace, love, and music. Many of the artists, poets and musicians associated with the “Summer of Love” embraced the work of British visionary poet and artist William Blake (1757–1827) and used it as a compass to drive their own political and personal evolutions. Opened at the Block Museum in the fall of 2017, William Blake and the Age of Aquarius explores the impact of British visionary poet and artist William Blake on a broad range of American artists in the post-World War II period. This exhibition is the first to consider how Blake’s art and ideas were absorbed and filtered through American visual artists from the end of World War II through the 1960s. Blake became for many a model of non-conformity and self-expression, and was seen as an artist who engaged in social and political resistance in his time.

William Blake and the Age of Aquarius considers parallels between Blake’s time and mid-twentieth-century America, touching on such issues as political repression, social transformation, and struggles for civil rights. Blake’s protests against the conventions of his day were inspirational for many young Americans disillusioned by perceived cultural tendencies of social uniformity, materialism and consumerism, racial and gender discrimination, and environmental degradation. This generation sought in Blake a model of independence, imagination, and resistance to authority. The exhibition features American artists for whom Blake was an important inspiration and includes more than 130 paintings, prints, drawings, photographs, films, and posters, as well as original Blake prints and illuminated books from collections throughout the United States.

Blake’s Diverse Influence:
Blake’s art, poetry and political ideas had unique currency in postwar America, unifying artists working across various media. The exhibition brings together artists who used Blake’s lyrics as titles, experimented with printing techniques and innovative combinations of image and text and cited Blake’s worldview in letters, diaries and essays. Artists and musicians as diverse as Diane Arbus, Bruce Conner, Jay DeFeo, Robert Frank, Allen Ginsberg, Stanley William Hayter, Jimi Hendrix, Agnes Martin, Ad Reinhardt, Maurice Sendak, The Doors and The Fugs are featured, united by the influence of Blake on their work. An early section of the exhibition focuses on artists working in the mid-1940s who discovered Blake’s unique voice in such poems as “The Tyger” and “The Shepherd” and drew inspiration for their own work from his ideas. These will include Sam Francis, Stanley William Hayter, Agnes Martin, Jackson Pollock, Charles Seliger, Robert Smithson and Clyfford Still among others. Another exhibition theme focuses on Beat culture and the role of radical poet Allen Ginsberg in promoting Blake to fellow poets and writers. It examines Blake as a model for the artist as outsider and brings together works by Helen Adam, Wallace Berman, Bruce Conner, Jay DeFeo, Robert Frank and Jess. A final section inspired by Blake’s famous phrase “the Doors of Perception” traces the wider circulation of Blake’s art and imagery and how it permeated popular culture as the alternative movements of the 1960s came to full fruition. Including classic concert posters and music this section examines Blake’s influence on artists and musicians who embraced psychedelia and Timothy Leary’s call to “Tune in, turn on, drop out.” 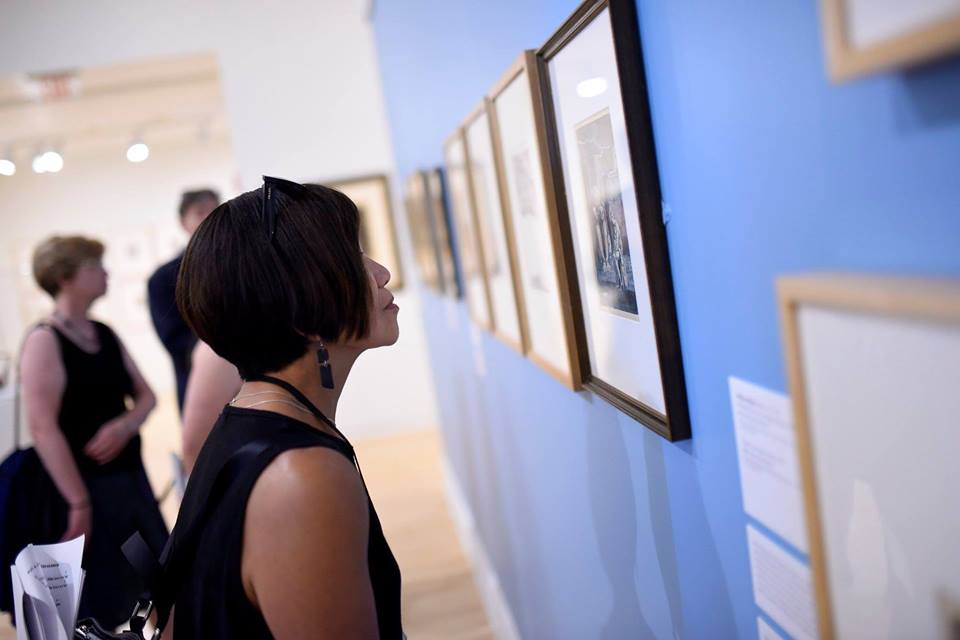