On view through Sunday, March 25th

Chicago-based artist Barbara Jones-Hogu was a central figure of the Black Arts Movement and a founding member of the African Commune of Bad Relevant Artists (AfriCOBRA). Throughout her career she has worked in painting, printmaking, film, education, and has contributed to major projects including Chicago’s Wall of Respect mural. This is her first solo museum exhibition and features works on paper including woodcuts, etchings, lithographs, and screenprints. 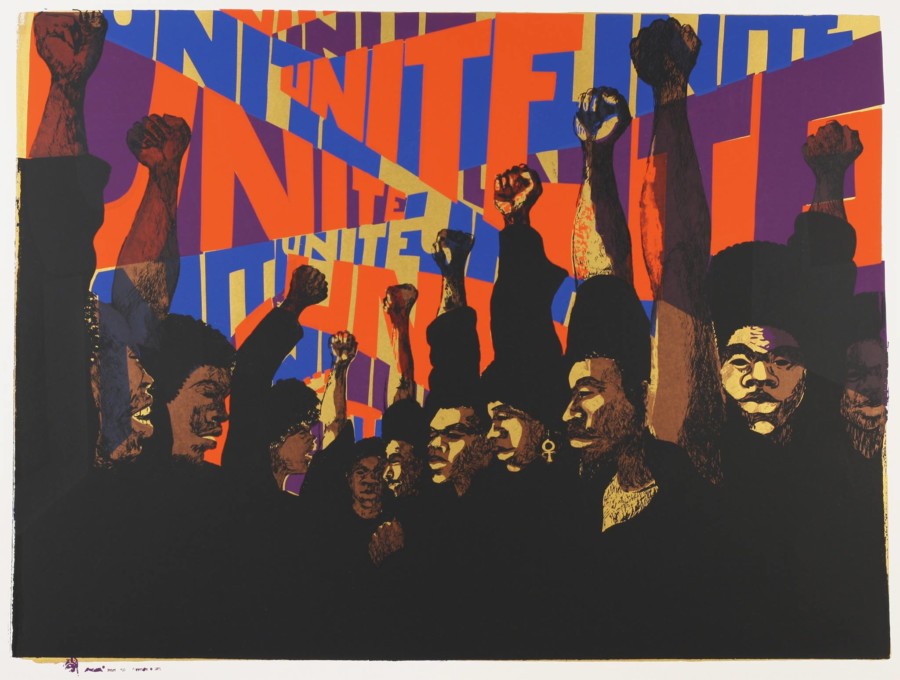