You Are Beautiful: Chicago Miniature Billboards

On view through Sunday, December 31st

You Are Beautiful (YAB) began in 2002 as a sticker spreading a hopeful message through public art. Since its inception, YAB has made itself known as a positive force sharing one simple idea: Everyone deserves to feel good. The message has actively combatted negativity by distributing millions of stickers, and grown into various large-scale wood installations and murals, as well as collaborations with many designers, students, and artists worldwide.

Matthew Hoffman is a Chicago based artist, designer, and custodian of You Are Beautiful, whose public works have been exhibited internationally. His ideas and work have been included in Good, the New York Times Magazine, and Ready Made. He has been published in books by Gestalten, Droog, and Taschen, and was featured in a segment on the Oprah network. Thanks to Hoffman and his team of beautiful people, there are close to 30 outdoor installations currently up in Chicago.

The YAB billboard installation was placed along Lake Shore Drive by the Department of Cultural and Natural Resources of the Chicago Parks District in January, 2014. Located of the Oakwood Exit, the piece itself is an 11′ x 15′ You Are Beautiful “sticker” weighing in at around 1,000 lbs. Once you put something out in the world, it is fascinating to see what happens as it takes life and grows. For this show, we’ve made smaller models of the Lake Shore Drive installation, and distributed them to artists all over Chicago to continue the reaction, and start new ones in their own way.

Head out to Galerie F on Friday, December 8th from 6-10PM to celebrate beauty and each other with mini billboard installations from 48 artists including Matthew Hoffman. We’ll be serving up beverages from our new friends at Collective Arts Brewing as well as bottled hydration from Essentia Water. As an added bonus Galerie F Underground is treated to one more exhibition for the year with local street artist Mac Blackout. Keep up with the event page for Madman’s Eye: The Art of Mac Blackout for sweet process shots and more info on the exhibtion and Blackout’s book release! 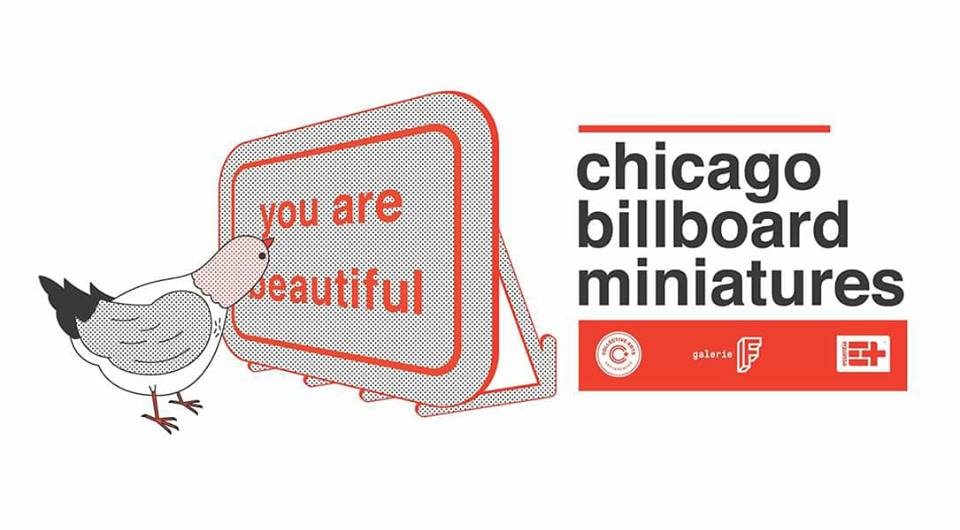