Mark your calendars! Poet Quraysh Ali Lansana will be reading at Oakton on December 6th as part of our Chicago Writers Series.

He is the editor of Glencoe/McGraw-Hill’s African American Literature Reader (2001). Other editing projects include the anthologies I Represent (1996) and dream in yourself (1997), both from Chicago’s award-winning youth arts employment program, Gallery 37. He is also co-editor of Dream of A Word: The Tia Chucha Press Poetry Anthology (2006) and Role Call: A Generational Anthology of Social and Political Black Literature and Art (2002). Our Difficult Sunlight: A Guide to Poetry, Literacy & Social Justice in Classroom & Community (with Georgia A. Popoff) was published in 2011 by Teachers & Writers Collaborative and was a 2012 NAACP Image Award nominee. Recent books include The Walmart Republic, with Christopher Stewart (2014) and The Breakbeat Poets: New American Poetry in the Age of Hip Hop (2015). Forthcoming books include Clara Luper: The Woman Who Rallied the Children, with Julie Dill (Oklahoma Hall of Fame Press, 2017); Revise the Psalm: Work Celebrating the Writings of Gwendolyn Brooks, with Sandra Jackson-Opoku (Curbside Splendor, 2017); and The Whiskey of Our Discontent: Gwendolyn Brooks as Conscience and Change Agent, with Georgia A. Popoff (Haymarket Books, 2017).

Lansana has been a literary teaching artist and curriculum developer for over a decade and has led workshops in prisons, public schools, and universities in over 30 states.

Passage, his poetry video collaboration with Kurt Heintz, won the first ever Image Union/Bob Award from WTTW-TV (PBS). He is the recipient of other awards, including the 2006 Securing the Future Award from ETA Creative Arts Foundation; the 2000 Poet of the Year Award, presented by Chicago’s Black Book Fair; the 1999 Henry Blakely Award, presented by Gwendolyn Brooks; and the 1999 Wallace W. Douglas Distinguished Service Award, presented by Young Chicago Authors, Inc. 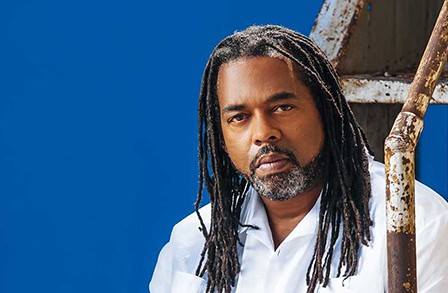