On view through Friday, December 29th

Mounting Tension presents three artists’ careful observations of disintegrating forms which range from the political to the elemental. Through video and sculptural works the artists address an ambient discontent present in the wake of an unhinged socio-political state, placing a contemporary American anxiety in the spotlight. Although history may suggest an inability to choreograph a collapse, each artist presents a unique approach for how one might observe it.

Courtney Mackedanz explores gestures of attempt in her performative and sculptural work, observing the unscripted movements that immediately follow a well-practiced act. Inspired by Olympic pole vaulting, Mackedanz traces how the sport embodies aspects of capitalism in its inherent hyperextension and embrace of potential damage. Elements of this research are explored in her included installation and videos which attempt to deconstruct the micro-movements associated with a vaulter’s exalted leap.

April Martin works with materials that morph over time, producing sculptures that change color, composition, or structure as they age in site-specific locations. Martin has long been interested in the scientific properties of copper, captivated by how it transforms into a brilliant shade of green when exposed to air or water. Each of Martin’s sculptures presented here are composed from or laced with this element, including a trio of Miracle-Gro glazed vessels that will slowly leak their contents throughout the show’s duration.

Erika Råberg is a photographer and filmmaker who observes the subtle relationships built into environments from her past. Råberg includes two video works in the exhibition that both subtly analyze American values and our relationship to its early foundations. New Year’s Day 2017 observes airport passersby and their interactions and dismissals of a photo prop of the signing of the Declaration of Independence shortly after Trump’s election. Another video piece examines an historical war reenactment without providing visuals of the re-enactors. What’s left for the viewer is the overwhelming sound of gunfire, matched with nonchalant reactions from the action’s observers.

Courtney Mackedanz’s family name means ‘make dance’ (tanz machen) in German— but she’s basically just a movement based performance artist with a tiny bit of dance training who’s also into making videos & objects from time to time. Mackedanz’s current project, PEAK/SHIFT, imagines the sport of pole vaulting as a kind of capitalist worship gesture with particular attention to the toll taken on the physical bodies of athletes. Mackedanz earned her BFA in Performance and Visual Critical Studies from the School of the Art Institute (’13) and has since exhibited her work at the Cultural Center, Links Hall & Defibrillator Gallery in Chicago, The Knockdown Center in New York, The Darling Foundry in Montreal, and Basement 6 in Shanghai.

More information about Courtney Mackedanz can be found at: vimeo.com/courtneymackedanz

April Martin is a sculptor from North Ontario. Her work embraces the scale of shared living, breathing, heating, melting. She holds a BA from McGill University and a BFA from Concordia in Montreal. In 2016 she completed her MFA in Sculpture at The School of the Art Institute of Chicago. She is a recipient of The International Sculpture Centre’s Outstanding Student Achievement in Contemporary Sculpture Award as well as the Legacy Grant from Women’s Studio Workshop (New York). She has installed outdoor works in Humboldt Park (Chicago) and Franconia Sculpture Park (Minnesota). Recently she has participated in residencies at AZ West (California), Teton Art Lab (Wyoming) and Emergency (Switzerland), exhibited work at Roots & Culture (Chicago) and performed at the Walker Art Center (Minneapolis).

More information about April Martin can be found at: april-martin.com

Erika Råberg is an artist and writer dedicated to a lens-based practice that uses both still and moving images to embody a stance of close, careful observation. Recent exhibitions include the Elmhurst Art Museum, COLLABO as part of Second Floor Rear, Chicago Artists Coalition, Roman Susan, the InVisible Culture Retrospective at the University of Rochester, in addition to a project in collaboration with Kelly Lloyd for the 2017 Terrain Biennial. She earned her MFA in Photography from the School of the Art Institute of Chicago in 2015, and a BA in American Literature from Oberlin College in 2009. Råberg was recently the recipient of a grant from the American-Scandinavian Foundation in New York, and is currently a guest artist at the Royal Art Academy in Stockholm, Sweden.

More information about Erika Råberg can be found at: erikaraberg.com

Kate Sierzputowski is a freelance writer and curator based in Chicago. Fascinated by artists’ studio processes, she founded the website INSIDE\WITHIN to physically explore and archive the creative spaces of Chicago’s emerging and established artists. In addition to running INSIDE\WITHIN, Kate also contributes art writing to Hyperallergic, the Chicago Reader, and Teen Vogue, is a co-director of the artist-run gallery space Julius Caesar, and is half of the curatorial duo EPISODE with Mary Eleanor Wallace.

More information about Kate Sierzputowski can be found at: katesierzputowski.com 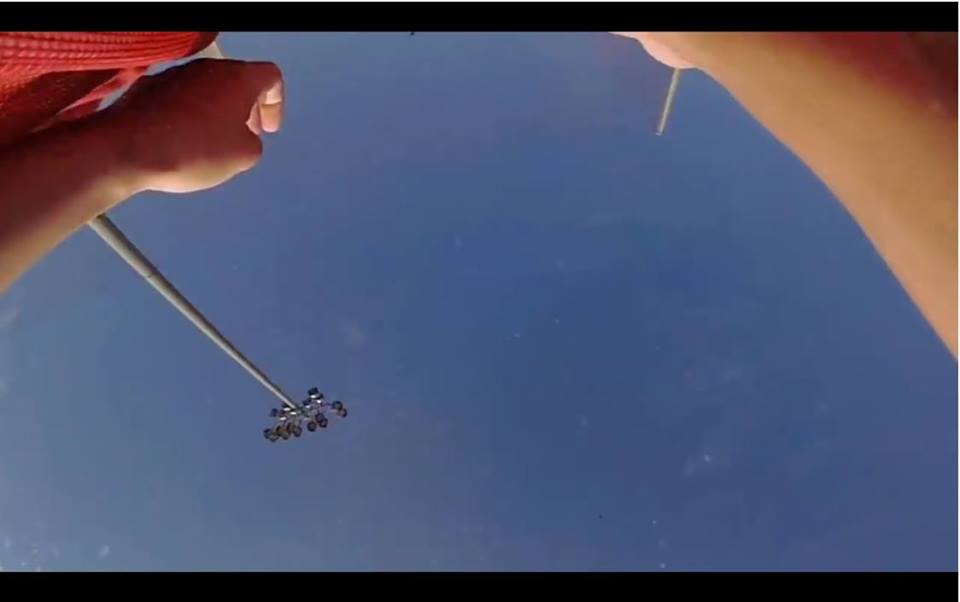