On view through Saturday, January 13th

Cosmic Characters brings together the work of three unique artists with analogous visual sensibilities. The works in the exhibition convoke otherworldly morphologic beings and give a peek into the illusory domains that they inhabit. Culled from the personal collections of the creators themselves, dating from the late 1960s until now, Cosmic Characters shows how these artists have transformed their experiences, influences, and stream-of-consciousness rituals into novel modes of self-expression.

Linda Kramer has been an important figure in the Chicago art scene since first exhibiting here in the 1960s, later earning her master’s degree from SAIC in 1981. In addition to creating her own significant body of work in a wide array of media, Linda was co-founder of the women’s co-op gallery Artemisia in the 70s. She has also diligently conducted interviews of a multitude of local artists for 70+: An Artists Oral History Archive. The work presented at Miishkooki is a selection of her watercolors from the late 60s- early 70s that showcase her signature wobbling lines and brilliant colors which have served as a basis for her work going forward. Linda has most recently been collected by the Pennsylvania Academy of Fine Art, as well as the Minnesota Institute of Art.

Wayne Lent received both his BFA in Art Education in 1974 and his MFA in 1976 from SAIC after serving in the United States Air Force in Vietnam. Wayne studied under many notable Chicago Artists Including Ray Yoshida, Karl Wirsum, Barbara Rossi, and Ed Paschke. He creates transfigurative beings and epic alien battlescapes that emanate from the unconscious mind with as little self-censorship of the visual form as possible. Wayne’s interest in history, sci-fi literature, reincarnation, outsider art and the work of the surrealists are all aspects that permeate his work. Included in this exhibition are examples of early to mid-career drawings as well as sculptures that serve as prime examples of Wayne’s art and character.

Julie Murphy lives in Chicago where she draws pictures, edits video, illustrates for clients and exhibits in galleries. Professionally, she has taken a circuitous route through a diverse array of day-jobs in a wide assortment of fields, including administrative assistant for a pharmacology nomenclature group, video editor, bartender, grocery store cashier, printmaking teacher assistant, script reader, art department coordinator for television, stop-motion animation prop designer, production assistant, bank employee, radio station assistant, receptionist, waitress in a retirement home, and children’s shoe salesman. These diverse work experiences have fueled an inclination towards the absurd, in addition to supplementing a rainbow of character studies for her own artistic creations. Prime examples of her humorous taxonomies can be seen in this selection of works on paper.

This exhibition is co-curated by Joe Tallarico and John Maloof

The exhibit runs from December 2nd through January 13th.

Join us for the opening reception where the artists will be present on December 2nd from 6-9pm! 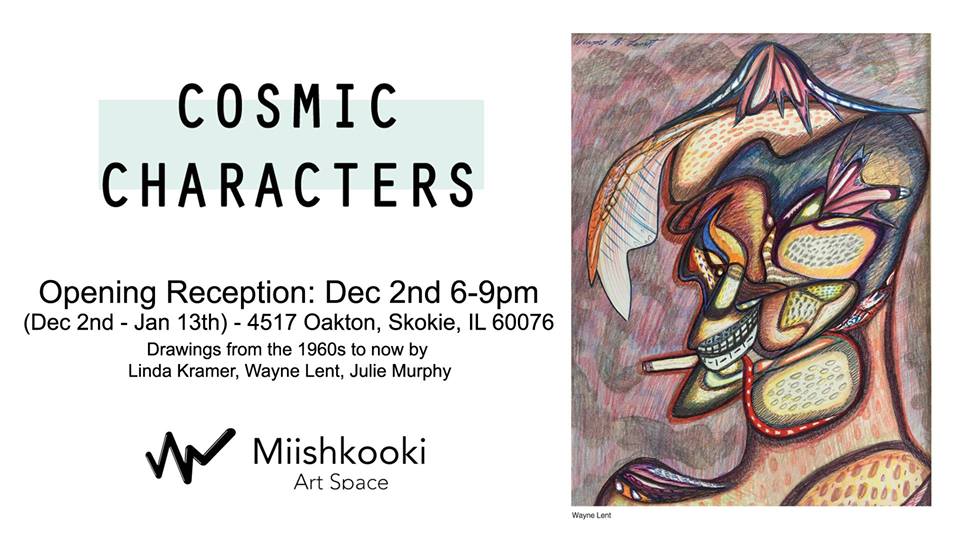