In the second artists’ talk for Rootwork Gallery’s “Altar Call” we are excited to present a panel featuring artists Makeba Kedem Dubose, Kelly Norman Ellis, Krista Franklin, Rhonda Gray, Kimberly Harmon, Candace Hunter, and Marvin Tate. The conversation will focus on the altars each artist has contributed to the show and extend to their unique and specific ideas about the intersections of Black spirituality, sacred space and material culture.

Altar [awl-ter]:
noun. An elevated place or structure, as a mound or platform, at which religious rites are performed or on which sacrifices are offered to gods, ancestors, etc.

Altar call [awl-ter kawl]:
noun. An invitation at the end of a spiritual service when people may come forward to make or renew a profession of faith.

————————–
As an exhibition “Altar Call” seeks to mine the connection between contemporary Black visual practices and resilient, if multifarious, notions of black spiritual life.

Whether intentional (the church pulpit) or impromptu (a street corner memorial in the wake of an untimely death) Black people have long used architecture to create and carve out sacred space. In its effort to place the sustained in some spaces, and new or reemergent in others, practice of altar-keeping in the continuum of other contemporary Black survival techniques: “joy,” “magic,” and “self-care,” this exhibition asserts the making of altars and the practice of altar keeping as central and organic to Black life and witness to its resilience.

Elsewhere in the diaspora, where space allows, the sanctity of the altar, shrine or sacred place can be underscored by its size, ornamentation, or centrality to collective life. In the Black urban experience, however, the altar is often private, individualized, even secret. As architecture urban altars serve double duty in being both a symbol of and a portal to the divine, the ancestral, the higher plane. 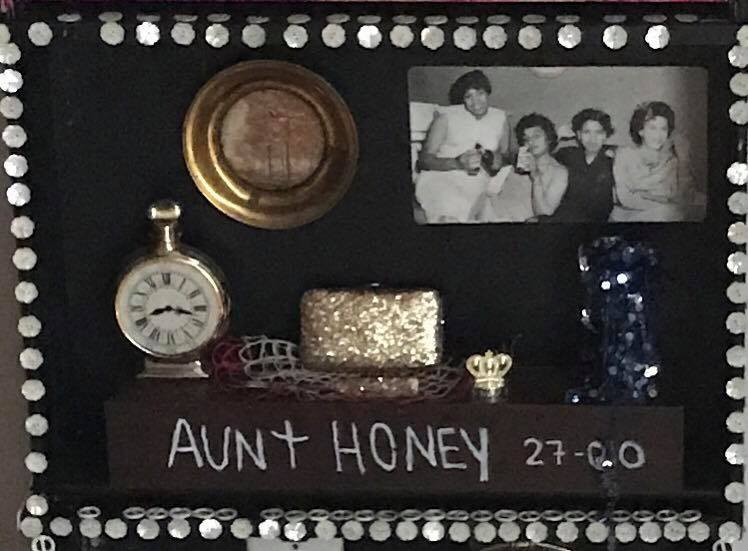