Its like my friend “dennis” who often sits on floors, for reasons that could date back forever or be as simple as not wanting to lug a chair to places they spend a lot of time in, and as a result is often stepping on items they have left on the floor, a habit they’re both at peace with and frustrated with.

or its like a friend named “carl” who has a pile of old buckets, who has a habit of sitting on buckets, who thinks often of vessels, whom despite my effots to give my old buckets to, suggests I sell them or keep them.

maybe being is done through endless engagement with a series of events/issues/people/ect/ect/ect. That is to say in some ways to know someone is to know what they are endlessly dealing with, how they deal with it, how they’ve dealt with it, and their mannerisms as they go through it. That people don’t neccissarily function like the novel form, that perhaps they just sorta are consistently dealing with things, struggling with things, making peace with things, changing things. That Dennis’ and Carl’s rooms maybe be intensely chaotic and nonsensical to look at but absolutely different and unique to the each of them.

This show will feature a fried-food-athon, where guests are encouraged to bring items to be battered and deep fried 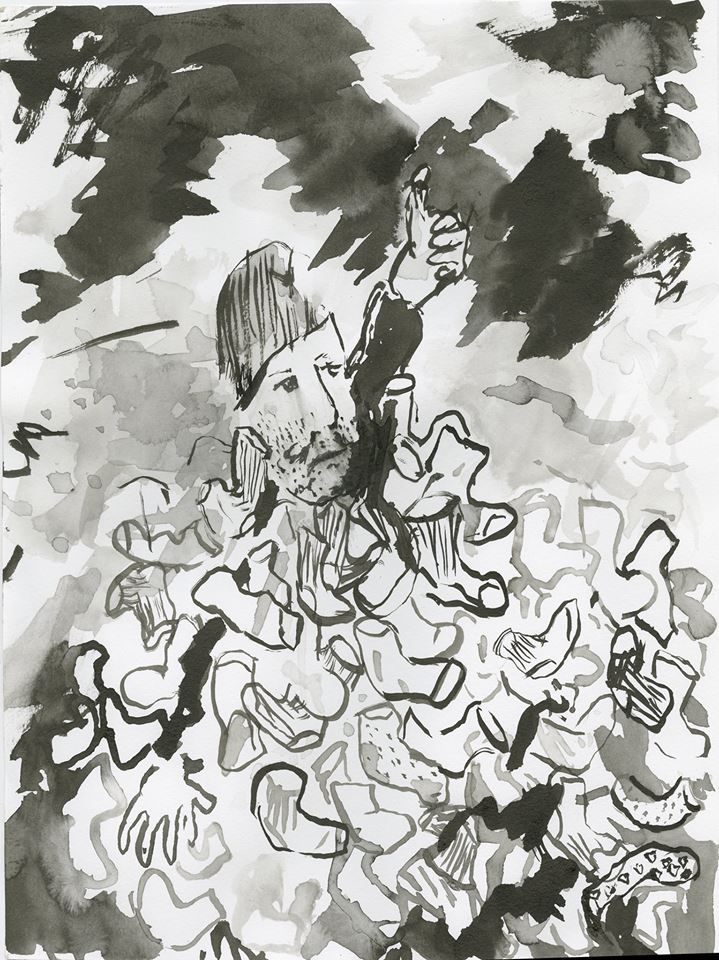