No Coast Editions presents its latest release of affordable artists’ multiples, this time featuring Danny Giles, Angela Fegan and No Coast/CABF co-founder Aay Preston-Myint. Together the three artists, with widely varying practices, present works that exhibit certain commonalities under the surface. Through print and sculpture, the artists each investigate how the replication and circulation of an image, particularly an image that serves to make one’s politics visible – functions in our cultural climate: what one of Fegan’s text-based works describes as “the echo chamber of false narratives.” 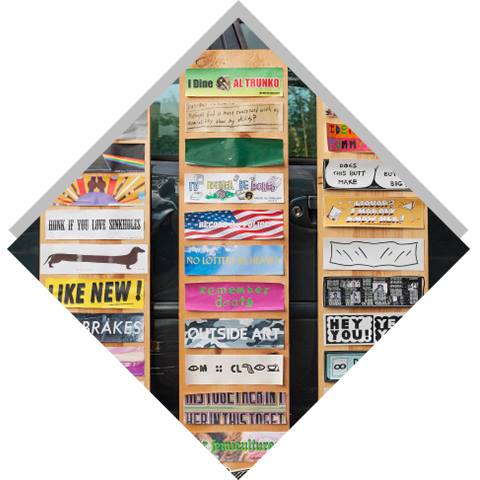