From here on out, hopefully, we’ll be able to focus on 4 movies each month centered within a specific time period/subject matter/theme/director/etc. Which also means more opportunties to catch the queer films considering everyone’s busy schedules!

This month we’ll be focusing on Hollywood films made in the early years of the Hayes Code. Our second installment will be focused on two films featuring male relationships with plenty of coded language and homoeroticism.

Although for many decades, LGBTQ characters were not shown under a flattering lens and were often sad, suicidal or muderous people, I will do my best to showcase the rare instances of characters being able to take some positive ownership of their sexualities in addition to the darker films.

“Only Angels Have Wings” (1939) directed by Howard Hawks. At a remote South American trading port, the manager of an air freight company is forced to risk his pilots’ lives in order to win an important contract.

“Gilda” (1946) directed by Charles Vidor. A small-time gambler hired to work in a Buenos Aires casino learns that his ex-lover is married to his employer.

Please be considerate of the audience and subject-mater, The Learning Machine is a safe-space and anyone who acts otherwise will be asked to leave.

BYOB and BYOP (Bring your own pillow for comfort!!)
—– 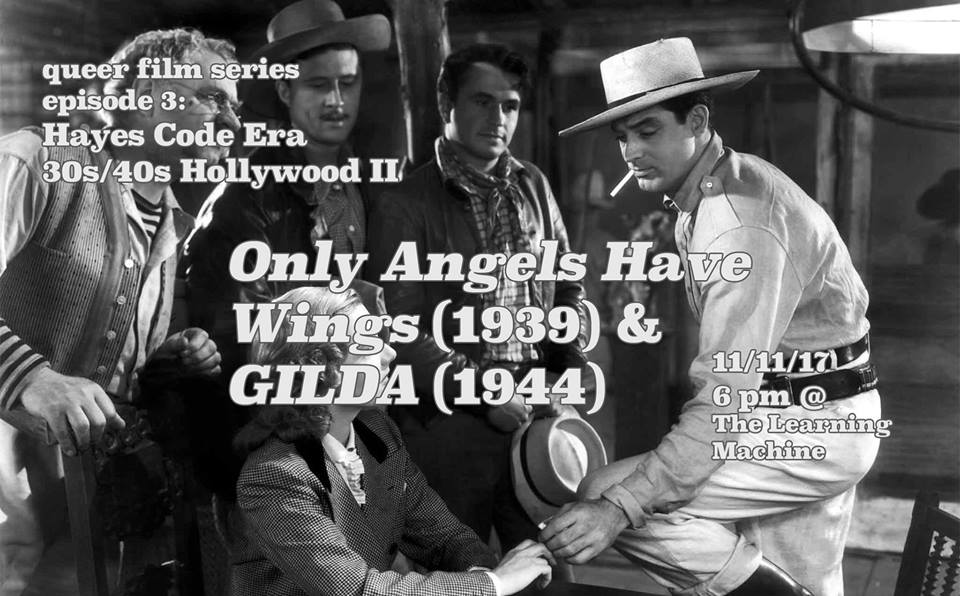