Parallax: Women on the Undefined

Join us Nov. 14th as we welcome four incredible writers to Volumes for Parallax: Women on the Undefined ! Paula Carter, Krista Franklin, Caitlin Scarano & Sara Connell will be here reading from their incredibly diverse and powerful work.

Paula Carter is the author of No Relation (Black Lawrence Press, 2017). Her essays have appeared in Kenyon Review, The Southern Review, Salon, TriQuarterly, Prairie Schooner and other journals. As a freelance writer she has contributed to publications such as Writer’s Digest, Creative Nonfiction, and Harvard Gazette. Based in Chicago, she is a part of the nonfiction storytelling community and is a company member with 2nd Story.

Caitlin Scarano is a poet in the University of Wisconsin-Milwaukee PhD creative writing program. Her debut collection of poems, Do Not Bring Him Water, was recently published by Write Bloody Publishing, and she is the author of two chapbooks: The White Dog Year (dancing girl press, 2015) and The Salt and Shadow Coiled (Zoo Cake Press, 2015). Her recent work can be found in Granta, Crazyhorse, and Ninth Letter.

Sara Connell is an author and writing coach with a private practice in Chicago. She has been featured on The Oprah Winfrey Show, Good Morning America, The View, FOX Chicago, NPR, and Katie Couric. She received the Judith Dawn Memorial Grant for fiction and has presented at Northwestern University, Printer’s Row Literary Festival, Open Books and teaches regularly at Story Studio Chicago. Her writing has appeared in: The New York Times, Tri Quarterly, Schlock, Good Housekeeping, and Parenting. Her first book Bringing In Finn was nominated for ELLE magazine Book of the Year. 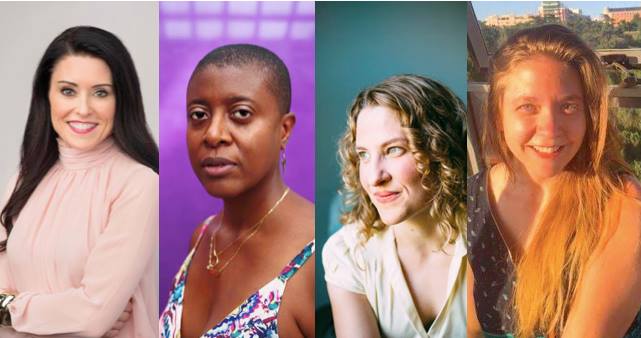