On view through Friday, November 24th

Image theorist WJT Mitchell tells us, “you can hang a picture, but you can’t hang an image.” This adage calls attention to the difference between material and meaning. An image is visual (or maybe we should say sensory), and yet isn’t seen directly. It is understood as being somewhere metaphorically inside the picture, floating around it, or lurking behind it. It can survive the physical destruction of the picture through memory and imagination. In his book Image Science, Mitchell says the image is the “element of a picture that elicits cognition and especially recognition, the awareness that ‘this is that,’ the perception if the nameable, identifiable object that appears as a virtual presence, the paradoxical ‘absent presence’ that is fundamental to all representational entities.”

This definition stretches our idea of what an image is beyond the colloquial use of the word image more closely related photography without, of course, excluding photography. “All representational entities” include music, performance, bodily actions, text, and objects either commonplace or unfamiliar. All of these forms, or for our purposes pictures, carry the psycho-sensory presence of an image, and this exhibition focuses on how the image gets “inside” the picture.

In these works, the images entered the picture by hand. It is through retracing, modeling, digging in, manipulating mechanics that materials make the ontological leap from being just a physical thing to the carrier of a deeply emotional reflection on the self and our interfacing with our surroundings. Cultural histories emerge between the artists’ bodies and the material through touch. On the other hand, what the works not not share is the same pictorial qualities, rather they demonstrate together diversity of images emerging form the hand-eye relationship, from the clearly representational to the mysterious and abstract.

Paula Matthusen is a composer who writes both electroacoustic and acoustic music and realizes sound installations. She has written for diverse instrumentations, such as “run-on sentence of the pavement” for piano, ping-pong balls, and electronics, which Alex Ross of The New Yorker noted as being “entrancing”. Her work often considers discrepancies in musical space—real, imagined, and remembered. Awards include the Walter Hinrichsen Award from the American Academy of Arts and Letters, a Fulbright Grant, two ASCAP Morton Gould Young Composers’ Awards, and the 2014 – 2015 Elliott Carter Rome Prize. Matthusen is currently Associate Professor of Music at Wesleyan University.

More info can be found at: www.paulamatthusen.com

Olivia Valentine is an interdisciplinary visual artist working primarily in textile construction, creating architectural scale textile installations. Recent exhibitions include Pasajist (Istanbul), the American Academy in Rome (Italy), Page Bond Gallery (Richmond, VA), the Rijswijk Museum (The Netherlands), Maquis Projects (Izmir, Turkey) and Arlington Arts Center (Arlington, VA). Olivia received her MFA from the School of the Art Institute of Chicago and her BFA from the Rhode Island School of Design. She is the recipient of a Fulbright Fellowship for Installation Art in Turkey and the Brandford/Elliott Award in Fiber Arts. She is currently an Assistant Professor of Art and Visual Culture at Iowa State University.

More info can be found at: www.oliviavalentine.net

Joan Oh received her MFA in Interdisciplinary Studies at the University of Pennsylvania and BFA in Photography at the Corcoran School of Art + Design. Using various mediums such as photography, installation, and ceramics, Joan characterizes her work by generating diverse and playful meanings to create her own method of social inquiry. Her work has been exhibited in New York (BronxArtSpace), Philadelphia (Vox Populi, High Tide), and internationally in Belgium (Hangar H18 Gallery), and Croatia (Mavena). She currently lives and works in Philadelphia.

More info can be found at: www.joanoh.com

Ingrid Tremblay is a French Canadian artist based in Austin, Texas and in Montreal, Canada. Her research addresses the metonymic qualities of objects and the relations between material culture, nature, language, and experience. She is interested in the evocative power of objects, materials and sites in order to recall memories, to create narratives, or to generate affects. Nature and artificiality, machine-made and crafted, past and present are often combined or mirroring each other in her work. Ingrid Tremblay is an MFA candidate in Sculpture + Extended Media at The University of Texas at Austin. She received her BFA from Concordia University (Montreal) in 2015. She additionally holds a Bachelor of Science and a Master of Speech-Language Pathology from the Université de Montréal. She completed residencies including Vermont Studio Center (USA), ACRE (USA), Terra Vivente Art Studio (Italy) and the 59 Rivoli (France).

More info can be found at: ingridtremblay.com

Ilyn Wong is a Taiwanese-American mixed-media visual artist currently based in Berlin. In addition to her studio practice, she also writes, collaborates on curatorial and editorial projects. She has an MFA in Fine Arts from Parsons The New School for Design, an MA in Art History from the University of Amsterdam, and a BFA in painting from Washington University in St. Louis. Her work was recently shown at SMACH, an outdoor biennial in the Italian Alps. Wong has also exhibited her work in New York, Los Angeles, Boston, Berlin, and St. Louis. Her writings have been included in publications such as the University of Amsterdam journal Simulacrum and the Leslie Lohman Museum of Gay and Lesbian Art’s The Archive.

More info can be found at: ilynwong.com/

Danny Floyd is a curator, artist, researcher, and educator based out of Chicago. He holds a BFA from Rhode Island School of Design, an MA in Visual & Critical Studies, and an MFA in Sculpture both from School of the Art Institute of Chicago (SAIC). His written and studio work deals with the social aspects of perceptual realms like weather, music, architecture, and mediated cultures. Danny currently teaches in the Visual & Critical Studies and Sculpture Departments at SAIC. In 2013, he founded Ballroom Projects and now co-directs Adler & Floyd, both artist-run initiatives on Chicago’s South Side. He is also a curatorial resident with HATCH Projects at Chicago Artists Coalition. 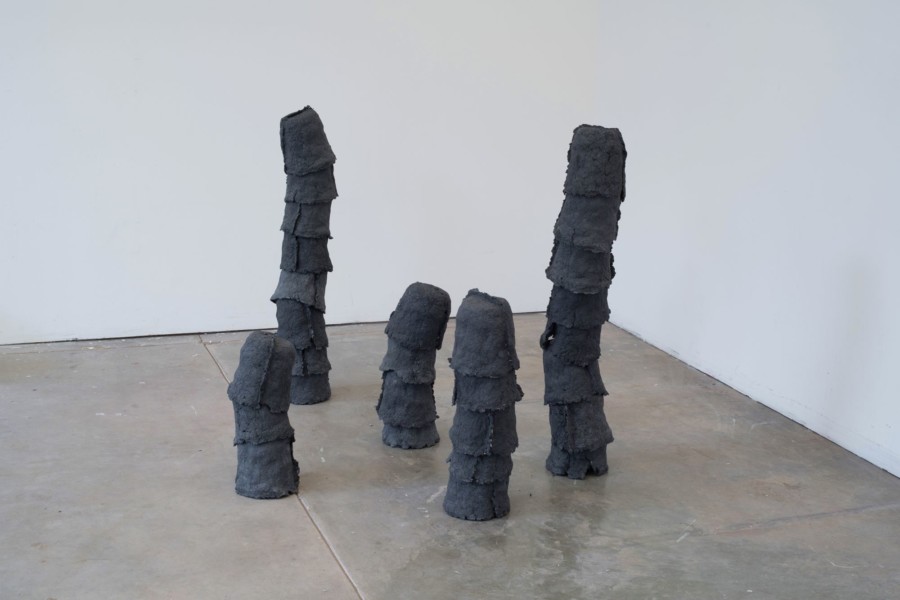