On view through Saturday, January 20th

Anthony Adcock’s 87th Street Underpass, is an eight by four-foot oil painting, painted on an aluminum composite material. It resembles an old concrete wall that has collected years of grime and graffiti. The painting is largely grey with small changes in value and chroma from area to area. The application of the paint mimics the value, hue, and chroma of concrete, as well as the texture and surface gloss. The paint is raised in areas, creating “actual” pitting holes and stress cracks. Revealed inside of the holes and cracks are countless tiny pebbles and grains of sand, painted in great detail. The painting took nearly two years to complete. Working both as a grey abstraction and as a hyper representational painting, it challenges viewers to consider formal and conceptual aspects from both abstraction and representationalism. Staring at a grey wall, the viewers are led to apply meaning or connectedness between the seemingly random shapes. Similar to finding a face in the clouds or a religious figure on a concrete wall, viewers will generate shapes and forms leading to discourse and questions of pareidolia.

Anthony Adcock (b. 1987, Chicago, IL) blends his unique experience as a Local One Ironworker, collegiate instructor, and as an artist to create works that focus on the relationship between labor and value. Using hyper representational paintings, illusionistic sculpture, and short films, he distorts the line between reality and perception to question the importance and relevancy of authorship. Anthony’s work has been shown throughout the country in various galleries and venues, some of which have included Packer Schopf Gallery, Lovetts Gallery, Art Miami, Volta/Armory Show, the Union League of Chicago, and many others. He received a Master of Fine Arts degree from the University of Chicago and a Bachelor of Fine Arts degree from the American Academy of Art.

Brian Dettmer’s Fragment Series is composed of individual books on archeology and history whittled down to suggest calcified fragments or broken bits found from an ancient site of ruins. The artwork becomes an artifact, a preservation created through destruction. The graphic black and white interiors become petrified and preserved as others recess and fade from memory. Fractured images and text become poetic, original intentions destroyed to take on new interpretations and new meanings. Texts about ancient events echo and suggest events of today. Was the decline of the physical book the result of natural forces and natural decay or an aggressive and violent intervention caused by a new medium with a new regime?

Brian Dettmer (b. 1974, Chicago IL) lives and works in New York. He has been the subject of solo exhibitions at numerous institutions including the Hermann Geiger Foundation, Cecina, Italy, the Museum of Contemporary Art of Georgia, Atlanta, GA and the Virginia Museum of Contemporary Art, Virginia Beach, VA. His works have been exhibited Internationally in shows at the Museum of Arts and Design, NY; The Renwick Gallery of the Smithsonian Institute, Washington, DC; The Chicago Cultural Center, Chicago, IL; The High Museum, Atlanta, GA; and the Perez Art Museum, Miami, FL among others. Dettmer’s sculptures can be found in the permanent collection of the Smithsonian American Art Museum, DC; The Art Institute of Chicago Ryerson and Burnham Libraries, IL; The High Museum, GA; and the Yale University Art Gallery, CT. He has lectured at the Victoria and Albert Museum, London, UK and The New York Public Library, New York, NY and given a TED talk for the TED Youth Conference in 2014. Dettmer’s work has been featured in several publications and programs including The New York Times, The Guardian, The Telegraph, Chicago Tribune, Art News, Modern Painters, Wired, The Village Voice, Harper’s, CBS News and NPR. Brian Dettmer is represented by P•P•O•W Gallery in New York.

Michael Dinges’ At the End of the Day, A Shovel is a Spoon is based on an account from the economics writer Stephen Moore that was printed in the Wall Street Journal in 2009. Moore said that he used to visit Milton Friedman and his wife, and together they would dine at a favorite Chinese restaurant. There is a good chance Milton Friedman may have picked up this story elsewhere and made his own. For Dinges, this piece is about the gap between economic theory and the everyday life of those affected by it. Below is the story paraphrased from Stephen Moore, and engraved in the style of scrimshaw on more than 400 plastic spoons.

‘At one of our dinners, Milton recalled traveling to an Asian country in the 1960s and visiting a worksite where a new canal was being built. He was shocked to see that, instead of modern tractors and earthmovers, the workers had shovels. He asked why there were so few machines. The government bureaucrat explained: “You don’t understand. This is a jobs program.” To which Milton replied: “Oh, I thought you were trying to build a canal. If it’s jobs you want, then you should give these workers spoons, not shovels.”‘

Michael Dinges (b. 1958, Chicago, IL) received his Bachelor’s degree from the Art Center College of Design in 1982 and his Master of Fine Arts degree from the University of Chicago in 2005. He has exhibited in both solo and group exhibitions in Chicago, Detroit, New York and Miami as well as Vancouver B.C. He received an Artists Fellowship Award from the Illinois Arts Council as well as a residency at the John Michael Kohler Arts Center Arts/Industry Program. Dinges works primarily in the tradition of the 19th century sailor’s art of scrimshaw and the soldier’s folk art style of trench art in order to explore the legacy of the industrial revolution and its effects on society. By working with the techniques and iconography of these eras, his work explores the contemporary disruptions inherent in the rapid and immense changes that are the hallmarks of our time. These disruptions have radically affected societal behavior and relationships. Through much of his work, Michael asks the questions; is this what you wanted? Are these the results you intended? In addition, how do we orient ourselves in this rapidly changing, dynamic era? 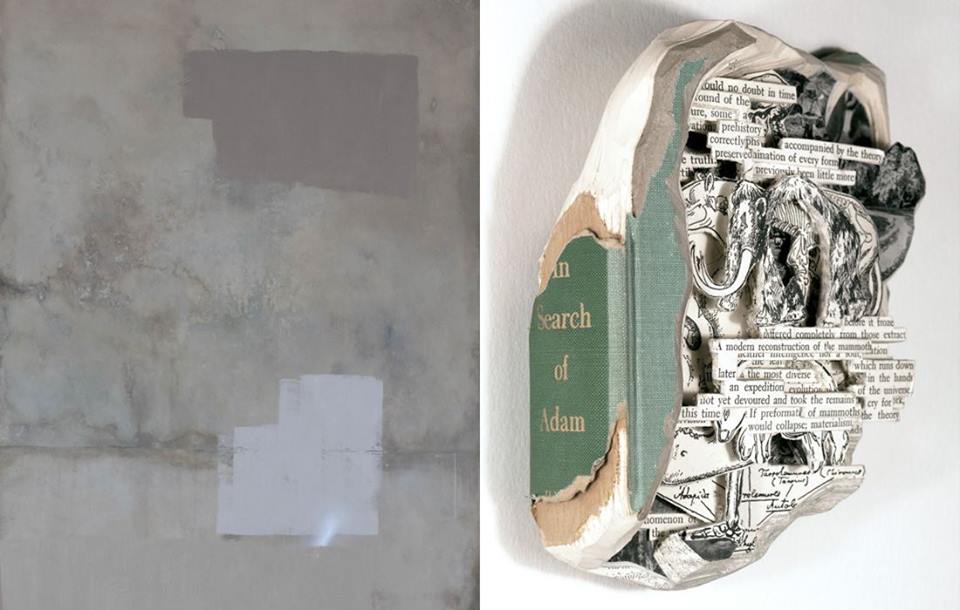