Chase Strangio: What Can the Law do for LGBT Rights?

Please join us for a conversation with Chase Strangio about the role of the law in shaping public conversations about trans bodies and lives and the constraints and possibilities inherent in advocacy strategies and narratives.

Chase Strangio is a staff attorney with ACLU’s LGBT and HIV Project. As a voice at the forefront of litigation and public debate about recently-released political prisoner Chelsea Manning, and current high-school student Gavin Grimm – the lead plaintiff in the trans student case taken to the U.S. Supreme Court – Strangio is a frequent guest on Democracy Now! and National Public Radio, and contributor to Huffington Post and Slate. Chase is also currently co-counsel in the ACLU’s lawsuit against President Trump’s ban on transgender individuals in the military and in the organization’s lawsuit against North Carolina’s infamous anti-trans laws, HB2 and HB142.

Part of the Contexts of Coalition project of the CSGS.

Tags: Chase Strangio, Chicago, Hyde Park, The Center for the Study of Gender and Sexuality, What Can the Law do for LGBT Rights? 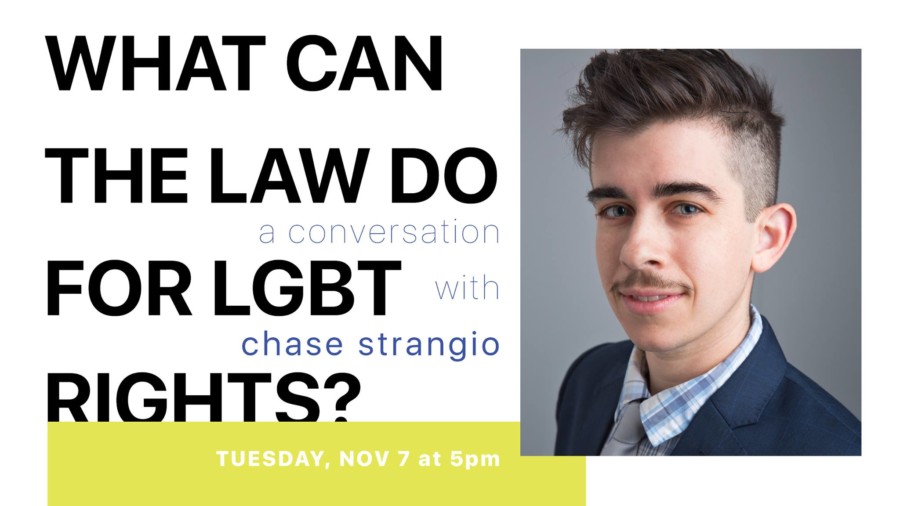