On Friday, November 17th at 7pm, Alan Felsenthal, Geoffrey Hilsabeck and Jennifer Nelson will give readings. Doors open at 6:30 pm. This event is free.

Alan Felsenthal runs a small press called The Song Cave. With Ben Estes, he edited A Dark Dreambox of Another Kind: The Poems of Alfred Starr Hamilton. His writing has appeared in BOMB, The Brooklyn Rail, Critical Quarterly, Fence, jubilat, and Harper’s. Lowly, published by Ugly Duckling Presse, is his first collection of poems.

Geoffrey Hilsabeck is the author of the chapbooks The Keepers of Secrets and Vaudeville. His poems, essays, and translations have appeared or are forthcoming in Seneca Review, 6X6, Bomb, Wax, The Chronicle of Higher Ed, and the Poetry Foundation. He teaches at West Virginia University and lives in Morgantown, WV. His first collection of poems, Riddles, Etc., is forthcoming from The Song Cave.

Jennifer Nelson is an assistant professor in the department of Art History, Theory, and Criticism at the School of the Art Institute of Chicago. She is also the author of two books of poems: Aim at the Centaur Stealing Your Wife (UDP, 2015) and Civilization Makes Me Lonely (Ahsahta, 2017). Her poems have recently appeared or are forthcoming in BathHouse, LIT, Make: A Literary Magazine, Palimpsest, Pinwheel, and Versal. 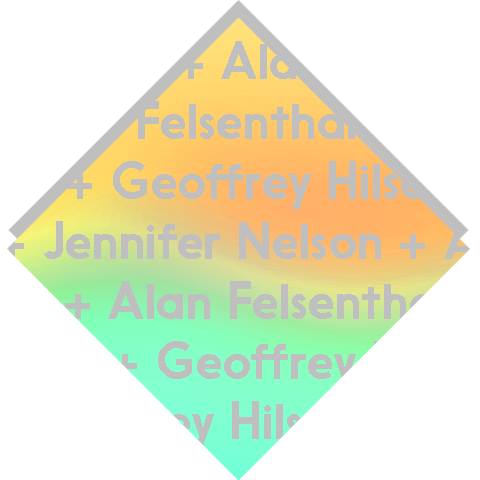