In an epoch defined by avatars, reality bubbles, and the rapid spread of alt-facts, the role of computer simulation technologies and the parallel worlds they produce take on new dimensions. Curated by Claudia Hart, Rachel Clarke, and Pat Reynolds, The Real-Fake brings together 23 artists working with 3D simulation tools to produce a new esthetic and ethic of the fake. For example, the Russian collective AES+F turns geopolitical hierarchies upside down in an uncanny digital trompe l’oeil; Moreshin Allahyari creates an imaginary space to explore the communication breakdowns caused by limitations to Internet access; and the avatar and virtual artist LaTurbo Avedon explores the Internet’s physical manifestations in a new work commissioned for this show. This program is part of a much larger and ongoing project, including additional screenings, gallery exhibitions, and writing. Hart and Clarke will introduce the program and be joined by Avedon for a discussion afterward.

Claudia Hart (b. New York) has been active as an artist, curator, and critic since 1988. She works with digital trompe l’oeil as a medium, directing theater and making media objects of all kinds. Hart’s works deal with issues of representation, identity, and the natural, and her project is to de-masculinize the culture of corporate technology by inserting the irrational and the personal into the slick, overly-determined Cartesian world of digital design. She is widely exhibited and collected by galleries and museums including the Museum of Modern Art, the Metropolitan Museum, the New Museum, and Eyebeam Center for Art + Technology in New York, where she was an honorary fellow in 2013–14. She is a Professor of Film, Video, New Media, and Animation at SAIC.

Rachel Clarke (b. Shropshire, United Kingdom) is an artist and professor of new media and digital art at California State University, Sacramento. Her work intertwines themes of nature, culture, and technology. Combining physical and virtual modes of making, it involves video and animation, installation, augmented reality, and experimental 3D. She has shown at ISEA in Vancouver, Canada; Another Year in LA; Ars Electronica in Linz, Austria; Aggregate Space in Oakland, California; WORK Detroit; and Currents International Festival of New Media in Santa Fe, New Mexico. Clarke serves on the board of the College Art Association’s New Media Caucus and is the founding editor of its international journal, Media-N.

LaTurbo Avedon (b. Internet) is an avatar and artist originating in virtual space. Their work emphasizes the practice of non-physical identity and authorship. Many of the works can be described as research into dimensions, deconstructions, and the explosion of forms, exploring topics of virtual authorship and the physicality of the Internet.Their works are regularly distributed online, and have been exhibited internationally–including Somerset House, London; transmediale, Berlin; Mutek Festival, Montreal; NRW Forum, Düsseldorf; DEF CON Hacking Conference, Las Vegas; Museum Angewandte Kunst, Frankfurt; Transfer Gallery, New York; Jean Albano Gallery, Chicago; and Galeries Lafayette, Paris. LaTurbo is currently an artist resident at Somerset House Studios. 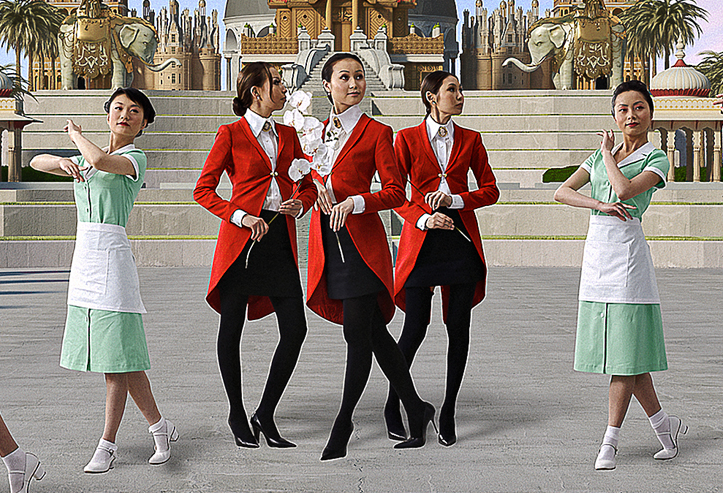