Sadie Woods: A Study in Rhyme and Song – From Minstrel Show Tune to Children’s Nursery Rhyme

On view through Saturday, October 28th

A Study in Rhyme & Song: From Minstrel Show Tune to Children’s Nursery Rhyme surveys notions of social terrorism through the lens of children’s rhyme and minstrel show tune “Ten Little Nigger Boys,” offering a critical perspective on notions of progress and living in a post-racial nation.

Originally written and performed as minstrel show tunes “Ten Little Nigger Boys” and “Ten Little Injuns” in the late 19th to mid 20th centuries, this song was heard internationally through minstrel circuits from America to Europe. Written by Septimus Winner, the song celebrates the violent deaths of little black and brown boys. These songs were so popular that the songs were expanded as entertainment and educational tools, from film and animation to games and toys, from publications and nursery rhyme books to sheet music and musical recordings. Today, you can still find versions of the minstrel show tune as nursery rhymes adaptation across the world. A Study in Rhyme & Song: From Minstrel Show Tune to Children’s Nursery Rhyme showcases archival materials and original works exploring colonial nostalgia and the legacy of children’s nursery rhymes.

Sadie Woods grew up Afro-Latina in Chicago during the takeoff of hip-hop, electro, and the proliferation of musical styles that matched the multiple subcultural and counter-cultural identity movements, which has been a vehicle for Woods’ re-examination of celebrated voices in pop culture. Coded in music are the affects, aspirations, and struggles of cultural experiences. Deejaying has been a culminating point between taste-making and space-making—connecting songs to cultural and personal currents and memory. While deejaying is democratic and collaborative, it has tremendous possibilities to engage social and political spheres through sound and performance. Woods’ practice attempts to zero-in on “anthems” and “mantras” that can be excavated to take on socio-political proportions and become a call to arms for listeners to remember times of resistance. For more information, please visit sadiewoods.com.

This exhibition is organized in partnership with ACRE – with the October 13 performance in collaboration with Ralph Arnold Gallery of Loyola University Chicago. 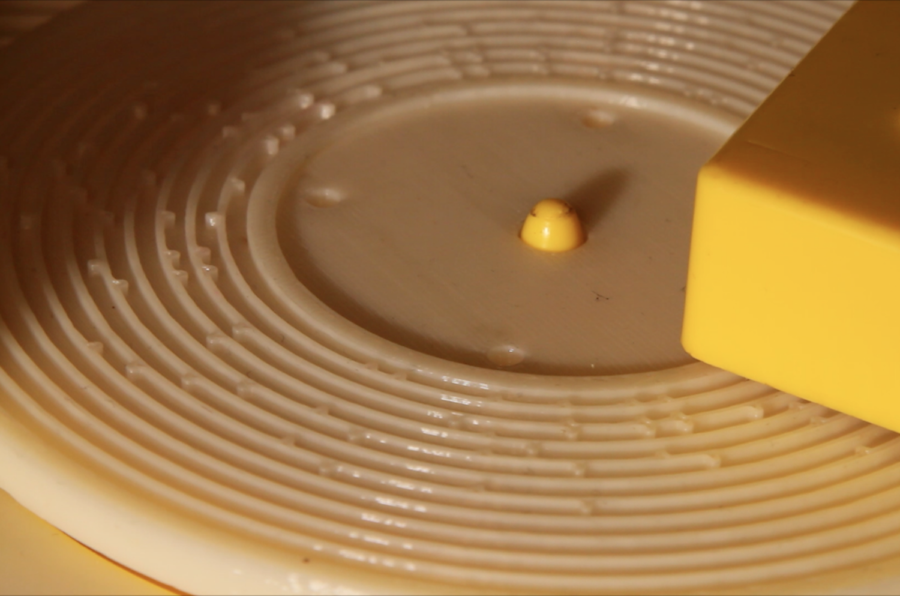