Resisting Attacks on our Land and our Identity

Gaspar Sanchez, “Uniting to Resist Attacks on our Land and Identities: Building on the Queer Indigneous Framework in the Americas.”

La Voz de Los de Abajo, Witness for Peace, and the Chicago Religious Leadership Network on Latin America invites you to hear from Gaspar Sanchez, the sexual diversity coordinator of COPINH (Civic Council of Popular and Indigenous Organizations of Honduras), as he presents “Uniting to Resist Attacks on our Land and Identities: Building on the Queer Indigenous Framework in the Americas.”.

COPINH was co-founded and led by beloved Indigenous leader Berta Caceres, who was assassinated in March 2016. Gaspar will present on how the struggle for LGBTQ awareness and rights among Indigenous communities plays a vital role in both land defense and in the dismantling of patriarchal and militaristic structures.

Since 2014 Sánchez has served on COPINH’s leadership team as the Sexual Diversity & Rights Equality Coordinator. Sánchez hosts a radio program, Los Colores de Wiphala, that discusses human rights with an emphasis on the LGBTQ community. He leads community trainings on Indigenous rights, territorial defense, and protecting Mother Nature’s common goods under siege by extractivist projects. He accompanies legal processes in support of Indigenous humans rights defenders and against state actors and corporations that have committed crimes in Lenca territories. Sánchez is a popular educator with COPINH’s Tomás García Formation School which works to shape the next generation of young Indigenous leadership. He also serves as a spiritual guide for the Lenca people in their collective efforts to recuperate historical memory through processes of life, land defense, and ancestral practices. Sánchez has represented COPINH all over the hemisphere from Mexico, Cuba, Venezuela, and Brazil to the United Nations. 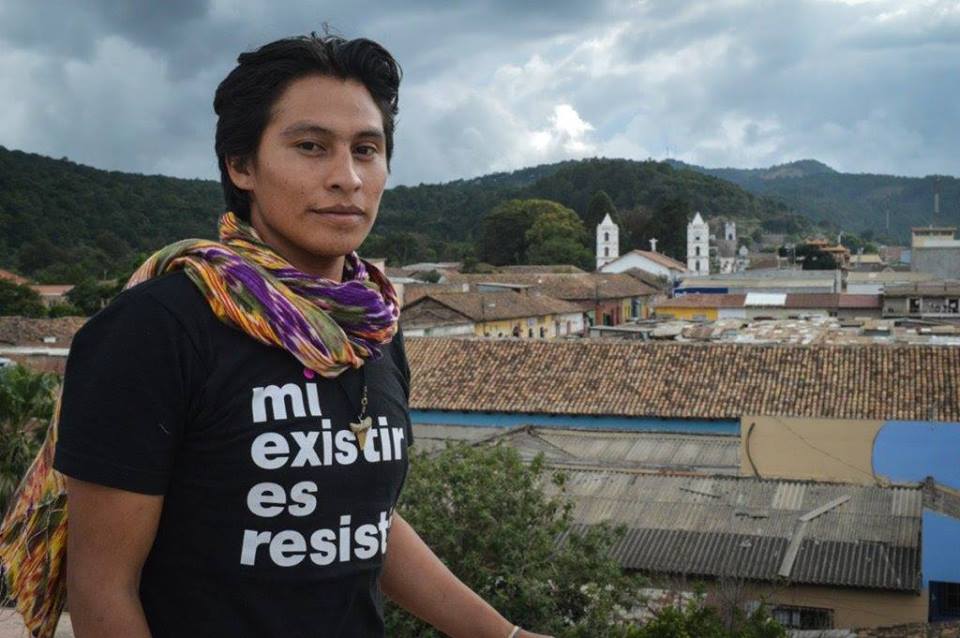