Celebrate the Year of Public Art in Lakeview with Octopus’s Graveyard—an original, site-specific art installation on display for one-night only this October. The multimedia experience, curated by a team of local artists, will combine projection mapping and other illuminated works of art to magically transform the Southport Plaza beneath the auxiliary exit of the Southport CTA Brown Line station into an underwater adventure inspired by the Beatles’ iconic song “Octopus’s Garden.” Enjoy live music, local food, and craft beer served by Corridor Brewery & Provisions to mark the end of the fifth season of the Low-Line Market.

Also featuring the reveal of the Southport Art Panels—a permanent fixture coming to the Southport Plaza that will showcase original works by local artists exhibiting on four massive canvases that are on display year-round. Premiering on October 26, Chicago-based artist Sentrock presents “Southport Style,” which celebrates Lakeview with his iconic characters.

Sponsored by the Lakeview Chamber of Commerce with funding from Special Service Area (SSA) 27 as part of the City of Chicago’s Year of Public Art. The event is free to attend and open to all. 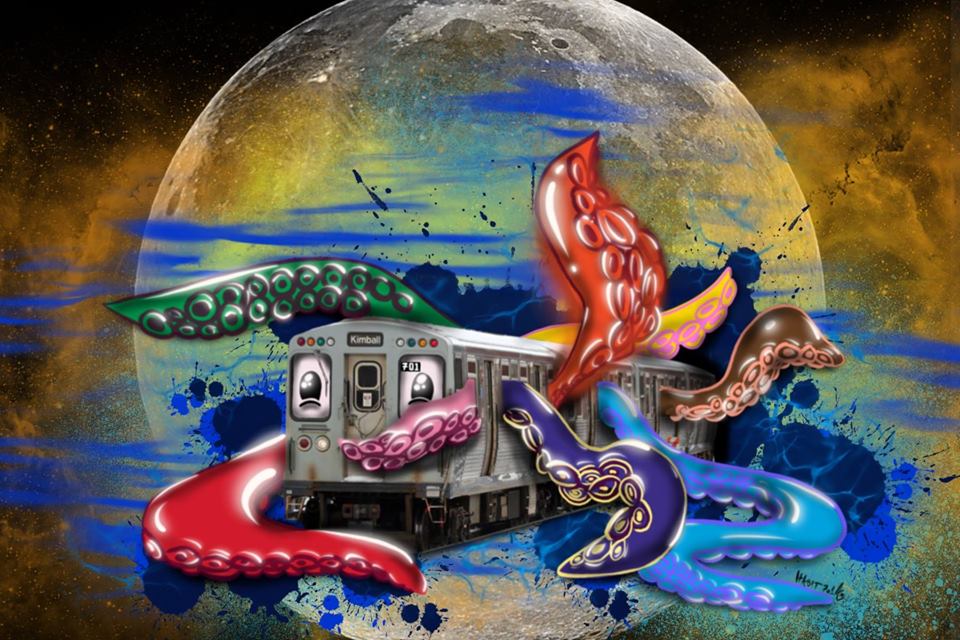