@ The Museum of Contemporary Art Chicago

David Getsy discusses Scott Burton’s theories of performance art in the 1970s and examines his strategic use of cybernetics, art history, and queer culture in his performance at the MCA in 1977.
About the Speaker

David J. Getsy is the Goldabelle McComb Finn Distinguished Professor of Art History at the School of the Art Institute of Chicago. His books include Abstract Bodies: Sixties Sculpture in the Expanded Field of Gender (Yale, 2015), Scott Burton: Collected Writings on Art and Performance, 1965–1975 (Soberscove, 2012), and the anthology of artists’ writings, Queer (MIT, 2016). His current research projects undertake archive-based recoveries of forgotten queer and genderqueer performance practices in late-twentieth-century America. For 2018, he is curating the first retrospective of performance artist Stephen Varble (Leslie-Lohman Museum of Gay and Lesbian Art, New York), and he is also completing a book on Scott Burton’s queer postminimalism and performance in the 1970s, from which this lecture is drawn. 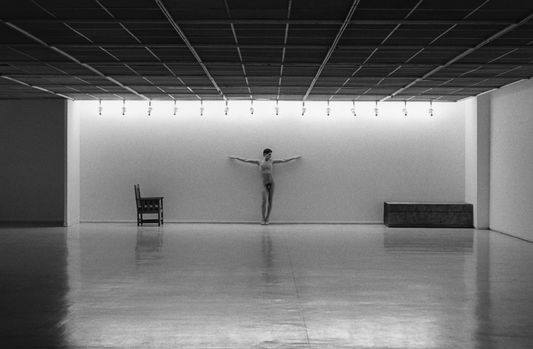