Mark Dion’s practice examines the ways in which dominant ideologies and public institutions shape our understanding of history, knowledge, and the natural world. He believes the job of the artist is to go against the grain of dominant culture to challenge perception and convention. Appropriating archaeology, field ecology and other scientific methods of collecting, ordering, and exhibiting objects, Dion creates works that question the distinctions between objective and rational scientific methods versus subjective and irrational influences. Dion’s spectacular and often fantastical curiosity cabinets, modeled on wunderkammern of the 16th and 17th centuries, exalt atypical orderings of objects and specimens. He also frequently collaborates with museums of natural history, aquariums, zoos, and other institutions mandated to produce public knowledge on the topic of nature. By locating the roots of environmental politics and public policy in the construction of knowledge about nature, he questions the role of the scientific voice in contemporary society. Dion tracks how pseudoscience, social agendas, and ideology creep into public discourse and knowledge production.

Presented in partnership with SAIC’s Conversations on Art & Science Series 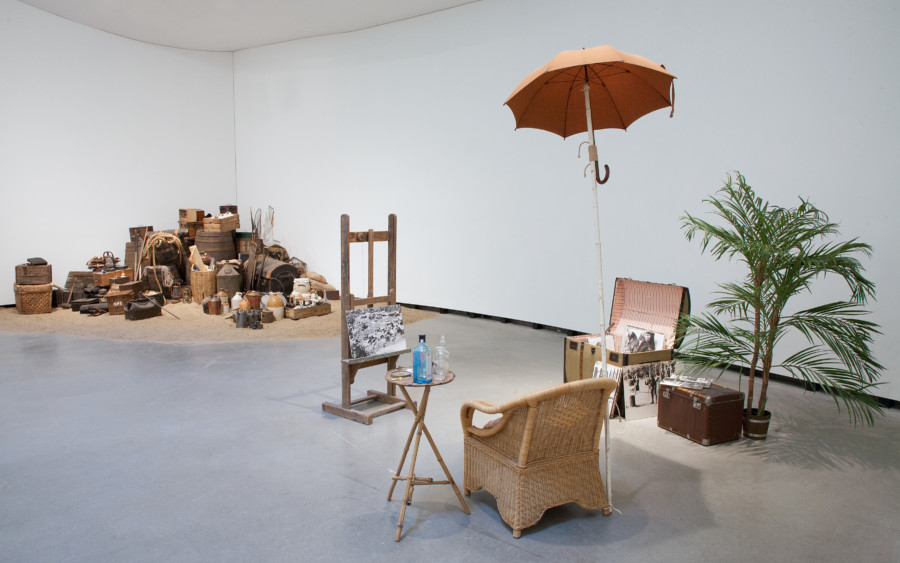