On view through Saturday, December 2nd

Kay Hofmann hammers, chisels, scrapes, and polishes hard stones into small to medium-scale carvings where an unnamed female figure shines with youth, vitality, and curiosity. Her presence is strong and enchanting, but it is Hofmann’s astonishing ability to conjure and materialize a fantastic world that imbues her work with a lightness that belies its weighty material. After puzzling over the formal problem of carving landscape out of stone, Hofmann’s viewer accepts the invitation to swim alongside Hofmann’s protagonist and in the clear waters that flow through an undersea forest. Hopeful and exuberant, like Hofmann herself, these works are nothing less than Forever Young.

Kay Hofmann was born in 1932 in Green Bay, WI and graduated from School of the Art Institute of Chicago in 1955. Hofmann also studied at Académie de la Grande Chaumière in Paris from 1955-56. She lives and works in Rockford, IL. Hofmann has mounted numerous one-person exhibitions in her sixty-year career including the Rahr-West Museum, Manitowoc, WI; Gilman Galleries, Chicago, IL; Peter Miller Gallery, Chicago, IL; and Mindscape Gallery, Chicago, IL. Her work can be found in collections across the country including Michael Jordan Collection, Borg-Warner Collection, and Henry Marcus Collection. 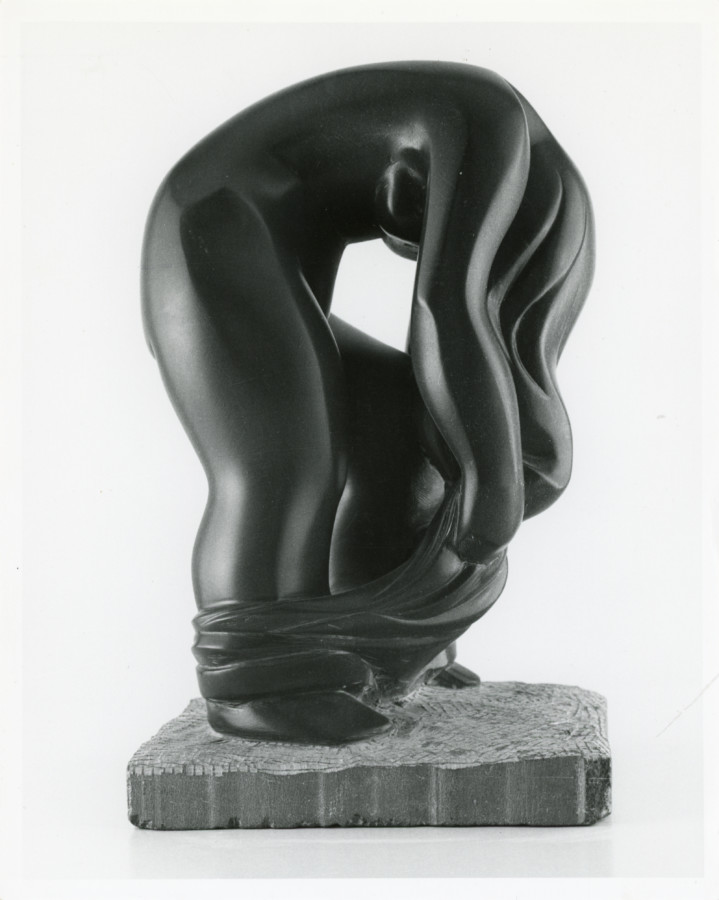