On view through Monday, October 30th

To be recognized and accepted by a peregrine you must wear the same clothes, travel by the same way, perform actions in the same order. Like all birds, it fears the unpredictable. Enter and leave the same fields at the same time each day, soothe the hawk from its wildness by a ritual of behavior as invariable as its own. Hood the glare of the eyes, hide the white tremor of the hands, shade the stark reflecting face, assume the stillness of a tree. A peregrine fears nothing he can see clearly and far off. Approach him across open ground with a steady unfaltering movement. Let your shape grow in size but do not alter its outline. Never hide yourself unless concealment is complete. Be alone. Shun the furtive oddity of man, cringe from the hostile eyes of farms. Learn to fear. To share fear is the greatest bond of all. The hunter must become the thing he hunts. What is, is now, must have the quivering intensity of an arrow thudding into a tree. Yesterday is dim and monochrome. A week ago you were not born. Persist, endure, follow, watch. – J. A. Baker The Peregrine 1967

Jeff Prokash’s exhibition Re-enacting the Contents of a Box at Randy Alexander gallery concludes this coming Sunday October 29th through a collaborative performance with the Polish-born artist, Anna Orlikowska. This closing event will be the first of a series of collaborative works based upon a book featured with the exhibition’s lending library. The book, a rendition of Bertolt Brecht’s FBI file, is reduced to handwritten elements in the form of redactions and marginal notations. This collection of marks will become the score for Orlikowska’s orchestrated performance.

Jeff Prokash is an interdisciplinary artist, researcher, and educator in Chicago, IL. He received his MFA in Sculpture from the School of the Art Institute of Chicago (2015) and his BFA in Art and Art History from University of Wisconsin Madison (2008). Jeff Prokash attended the Skowhegan School of Painting and Sculpture (2015). He has received awards and fellowships including the Eldon Danhausen Fellowship (2015) and the Edward L. Ryerson Fellowship (2015), the John W. Kurtich Foundation Fellowship (2014) and the International Sculpture Center Outstanding Student Achievement in Contemporary Sculpture Award (2014). He is a current resident of the Chicago Artist Coalition HATCH program. His recent exhibitions include: Door, Triumph, Chicago (2017), The Duck and the Document: True Stories of Postmodern Procedures, SCI-Arc Gallery, Los Angeles (2017), T O’ Time, Pavillon Carré Baudouin, Paris (2016) What becomes of the Hole When the Cheese is Eaten?, Randy Alexander Gallery, Chicago (solo, 2016), Ground Floor, Hyde Park Art Center, Chicago (2016). He is currently a lecturer in the Sculpture department at The School of the Art Institute of Chicago.

Anna Orlikowska is a visual artist working between Amsterdam and United States. She received an MFA degree from the School of the Art Institute of Chicago (2016) and a BFA degree from the Gerrit Rietveld Academie in Amsterdam (2013). She was awarded with prizes and scholarships: Mondriaan Fund Work Werkbijdrage Young Talent (2017), Adam Mickiewicz Institute Grant (2016), Clare Rosen and Samuel Edes Foundation Prize for Emerging Artists, Finalist Award (2016), Prins Bernhard Cultuurfonds— Van Eck-Vollgraff Fonds (2014), as well as Full Merit New Artist Society Scholarship Award, The School of the Art Institute of Chicago (2014). In 2017 she was an
artist-in-residence at Residency Unlimited in Brooklyn and LES Studio Program in New York City. Her recent exhibitions, among others, include: The Witnessing Event, El Museo de Los Sures, Brooklyn, New York (2017), Martin, Orlikowska, Van Loan, The Suburban, Milwaukee (2016), as well as Can you hear me? Centre for Contemporary Art Ujazdowski Castle, Warsaw (solo show, 2015). 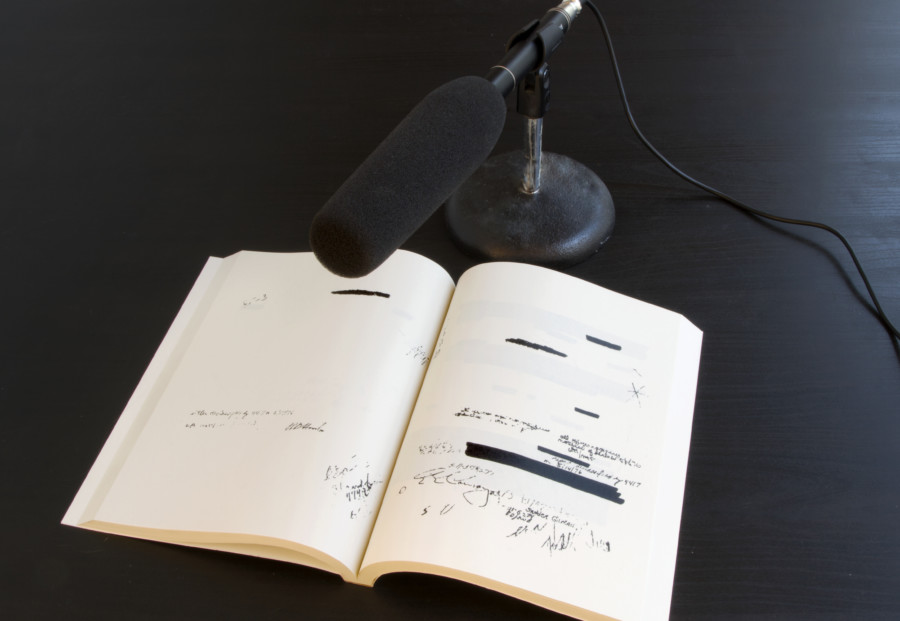