New Women tells the story of three women working for a contemporary magazine called New Women and was originally written in 1944 by seminal Vietnamese playwright Vũ Đình Long. Although the play was seen as modernizing because of its French-influenced “théâtre-parlé” style, the roles fold back into a patriarchal, Confucian gender structure: the main female character is preyed upon by the male publisher of the magazine and one woman is pitted against another. Ngô uses the 20th century story to reexamine how patriarchy and capitalism operate in concert, yet invisibly to exploit female-identifying bodies. In her dramatic reading, Hương Ngô adapted the play by omitting all of the male voices. This process leaves behind blank spaces and long pauses, opening the text to a contemporary reinterpretation. The reading will take place within a sculptural set designed by Ngô, using geometric costumes that she created. 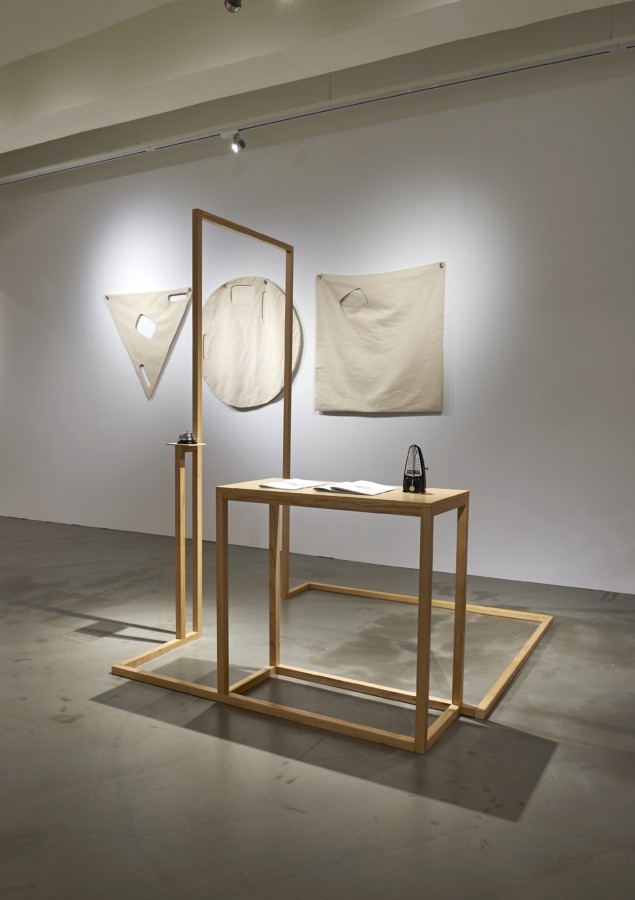