On Thursday, October 26th at 7pm cartoonist Anders Nilsen will be joined in conversation by Nadine Nakanishi and Nick Butcher of Sonnenzimmer for the release of two books: Nilsen’s Tongues Chapter One and Sonnenzimmer’s Café Avatar. The artists will each present their own new works and interview one another about the intersections of graphic design, book-making, human life and expression, and the particular strangeness of getting ideas across with pictures. Nilsen and Sonnenzimmer are each unusual exemplars of their mutual disciplines: both are at once highly respected practitioners in their chosen fields, as well as being noted iconoclasts and experimentalists. The conversation will be structured as a kind of game of reveals, injecting some of the unpredictability and surprise the artists have all fostered in their own work. Doors open at 6:30 pm. This event is free.

Cartoonist and artist Anders Nilsen is the author of nine books including Dogs and Water, The End, Don’t Go Where I Can’t Follow and the multiple award-winning Big Questions. His comics have been featured in the New York Times, the Chicago Reader, Medium, Kramer’s Ergot and elsewhere. His work has been widely translated and exhibited internationally. After thirteen years in Chicago Nilsen currently lives in Portland, Oregon.

Sonnenzimmer is the collective work of artists Nick Butcher and Nadine Nakanishi. Their collaborative practice was established in 2006 in Chicago, Illinois. Initially recognized for their idiosyncratic commissioned screen-printed posters, their practice has since morphed into an interdisciplinary toolshed spanning multiple platforms, including exhibitions, publishing, performance, graphic design, and exhibition design. Equal parts balancing act between art and design and radical reclamation of all aspects of visual expression, the studio is grounded in the lasting potential of the graphic arts, while exploring the physical and conceptual friction between abstraction and communication.

After a number of more experimental ventures in comics and visual storytelling Nilsen’s new book Tongues marks a return to the more traditional comics form he last explored in Big Questions. Nilsen’s first book in full, lushly rendered color, Tongues is at once an adventure story with roots in ancient greek mythology and an exploration of human nature, language and evolution. Set in the contemporary middle east the book is a meditation on our present fraught historical moment.

Sonnenzimmer’s new book Café Avatar explores the folding graphic fabric of humanity. Through text and illustration, Sonnenzimmer posit the current age as a graphic-centric plane. As humanity enters a new skin, how will we remember our physical selves…or are we becoming computational mochas? Co-published with Perfectly Acceptable Press and released on the occasion of the exhibition Café Avatar at University of Tennessee at Chattanooga, the artist book functions as a meta-catalog and a stand alone work. 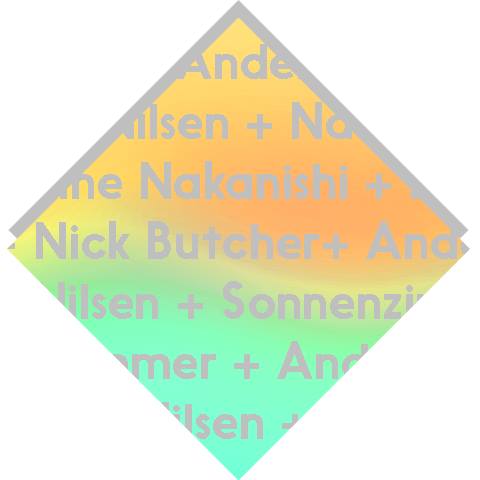