On view through Sunday, November 26th

An exhibition by Frances Lightbound and Ella Wearing

Ella Wearing and Frances Lightbound are UK-born artists who have been residing in the US for the past three years – Frances in Chicago, and Ella in New Jersey and New York. Centring upon a shared interest in notions of the façade – as it relates to appearance, perception and reality, as well as in the architectural sense – this exhibition shows recent sculptural, installation, and lens-based works by each artist, as well as works on paper. Having previously collaborated in 2014 on a three person show in London, in which they explored connections between their immediate urban environments of London and Glasgow respectively, the two artists come together to find new points of conversation amongst their approaches to urban space in their specific, but potentially disparate, locations.

On recent trips back to London in 2017, Ella Wearing has been re-engaging with her home neighbourhood, which has featured as a point of research in previous work. She seeks to grapple with memories of home amidst ferocious urban change, and begins to look further back into the rich local history of her neighbourhood, and the monuments that have survived – namely a 151 foot Victorian clock tower that stands at the centre of it all. She uses google maps to create drawings and videos, which become virtual simulations of a memory, such as the walk to school. This once recurring route is mapped out onto its present architectural configuration of the area, since its past one is no longer accessible. By using devices of repetition and cyclical patterns in her work, as well as visual layering, merging, and fragmentation of architectural forms, Ella attempts to piece together some of the complex attitudes and associations we have towards our urban surroundings, and how these relate to other places we might have inhabited with varying degrees of intimacy; nostalgia, alienation, detachment, powerlessness, order, design, pathos, play – all become intertwining thoughts that drive her work.

Frances Lightbound’s work examines objects, structures and materials that effect and enforce divisions of space with varying degrees of subtlety – barriers, fences, thresholds, window shades. Remaking, fragmenting and shifting the context of these familiar forms, she produces two- and three- dimensional work that employs degrees of abstraction to encourage multiple associations while retaining a critical subtext. Her work is driven by an interest in the spatial, social and linguistic roles of objects and structures: how elements of a built environment produce space in both the physical and psychological senses of the word, and how these objects materialize (and support the functioning of) more abstract systems such as law, capital and property ownership. Recent works combine domestic references with those drawn from urban space, introducing elements of uncertainty to delineations between personal and public spaces and considering the varying degrees of agency we may or may not have over our surroundings.

Ella Wearing has exhibited in and curated various group exhibitions in the UK and the US, and was most recently included in an exhibition at Ille Arts in Amagansett, NY in April 2017, and an exhibition in London called Monopoles in October 2016. In 2014 she was a contributor for Central Saint Martins academic arts journal ‘Unknown Quantities’, before moving to the US to pursue her MFA at Mason Gross School of the Arts, Rutgers University, where she graduated in 2016. She obtained her BA (Hons) in Painting and Printmaking from The Glasgow School of Art in 2012.

Frances Lightbound is based between Chicago and Glasgow, Scotland. Her work has been exhibited in venues in the US and UK, including a solo exhibition at DEMO Project, Springfield, IL in 2017, and she has recently curated projects for Kruger Gallery (Chicago) and the Terrain Biennial at Enos Park (Springfield, IL). Frances has been awarded the Luminarts Visual Arts Fellowship, Field Notes Fellowship, EAGER Grant and the New Artists Society Award, and is a 2016–2017 HATCH Projects artist resident at Chicago Artists’ Coalition. She earned her MFA in Printmedia from School of the Art Institute of Chicago in 2016, and a BA (Hons) in Painting and Printmaking from The Glasgow School of Art in 2012. 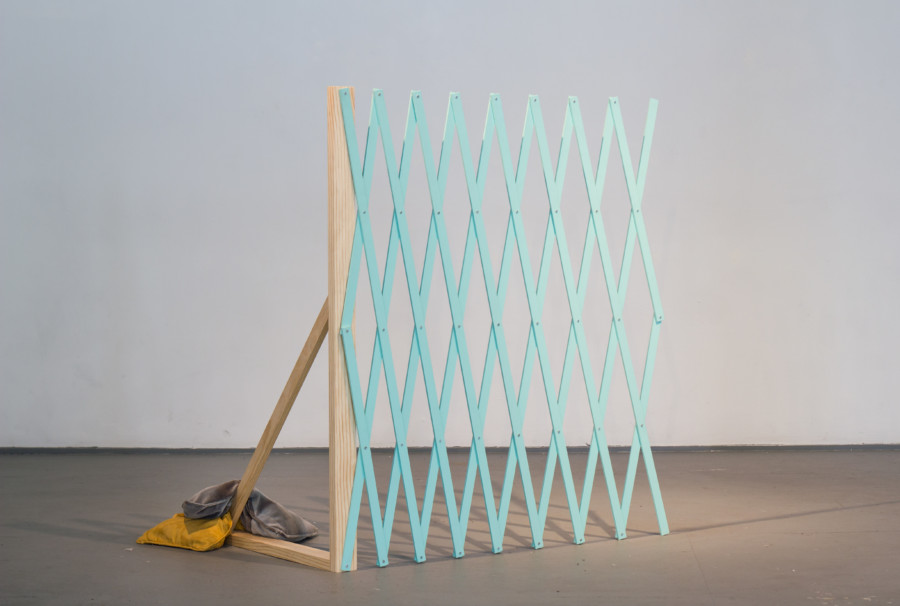