“Again and again reading Eve Ewing’s Electric Arches I felt some blooming in my body, or some flock of herons batting into the air in my body, which I think was indicating something like joy at witnessing the imagination at work in these poems, the imagination borne of rigorous attention coupled with critical love. Thankfully, there’s a word for all that: tenderness. And the joy is that we learn tenderness by witnessing it. Which is to say, and it’s not too much to say, this book is one of the maps to our survival.” – Ross Gay, author of “Catalog of Unabashed Gratitude”

Eve L. Ewing discusses her book “Electric Arches.” She will be joined in conversation by Hanif Abdurraqib.

About the book: “Electric Arches” is an imaginative exploration of Black girlhood and womanhood through poetry, visual art, and narrative prose. Blending stark realism with the surreal and fantastic, Eve L. Ewing’s narrative takes us from the streets of 1990s Chicago to an unspecified future, deftly navigating the boundaries of space, time, and reality. Ewing imagines familiar figures in magical circumstances―blues legend Koko Taylor is a tall-tale hero; LeBron James travels through time and encounters his teenage self. She identifies everyday objects―hair moisturizer, a spiral notebook―as precious icons. Her visual art is spare, playful, and poignant―a cereal box decoder ring that allows the wearer to understand what Black girls are saying; a teacher’s angry, subversive message scrawled on the chalkboard. “Electric Arches” invites fresh conversations about race, gender, the city, identity, and the joy and pain of growing up.

About the author: Eve L. Ewing is a sociologist, poet, essayist, visual artist, and educator. Her research is focused on racism, social inequality, and urban policy, and the impact of these forces on American public schools and the lives of young people. She is a Provost’s Postdoctoral Scholar at the University of Chicago; in 2018, she will begin as Assistant Professor in the School of Social Service Administration at the University of Chicago. Currently, she is developing a book based on her dissertation, “Shuttered Schools in the Black Metropolis: Race, History, and Discourse on Chicago’s South Side,” which explores the 2013 public school closures in Chicago and the structural history of race and racism in Chicago’s Bronzeville community. Her first collection of poetry, essays, and visual art, “Electric Arches,” is forthcoming from Haymarket Books in Fall 2017. Dr. Ewing’s work has been published in many venues, including The New York Times, Poetry Magazine, The New Yorker, The Atlantic, The Nation, The New Republic, Union Station, and the anthology “The Breakbeat Poets: New American Poetry in the Age of Hip-Hop.” She also co-directs Crescendo Literary, a partnership that develops community-engaged arts events and educational resources. Crescendo’s projects include the Emerging Poets Incubator and the Chicago Poetry Block Party. Eve is one-half of the writing collective Echo Hotel, alongside Hanif Abdurraqib. She is the current President of the Board of Directors of MassLEAP, a non-profit organization dedicated to building and supporting spaces for positive youth development through spoken word poetry forums throughout Massachusetts. Dr. Ewing is represented by Beotis Creative.

About the interlocutor: Hanif Abdurraqib is a poet, writer, and cultural critic from Columbus, Ohio. His first book of poems, The Crown Ain’t Worth Much was released to critical and commercial acclaim in 2016 by Button Poetry. Additionally, he is a Callaloo Creative Writing Fellow and worked for MTV News, where he wrote about the intersections of music, culture, and identity. Most recently, Hanif wrote the 2016 live shows: MTV Video Music Awards and VH1’s Unsilent Night. Hanif’s book, The Crown Ain’t Worth Much, has been one of 2016s best-selling poetry books. His his debut collection of essays titled “They Can’t Kill Us Until They Kill US, will publish November 2017 via Two Dollar Radio. He has been published in the New Yorker, the New York Times, ESPN the Magazine, The Fader, MTV and The Nation for cultural essays. 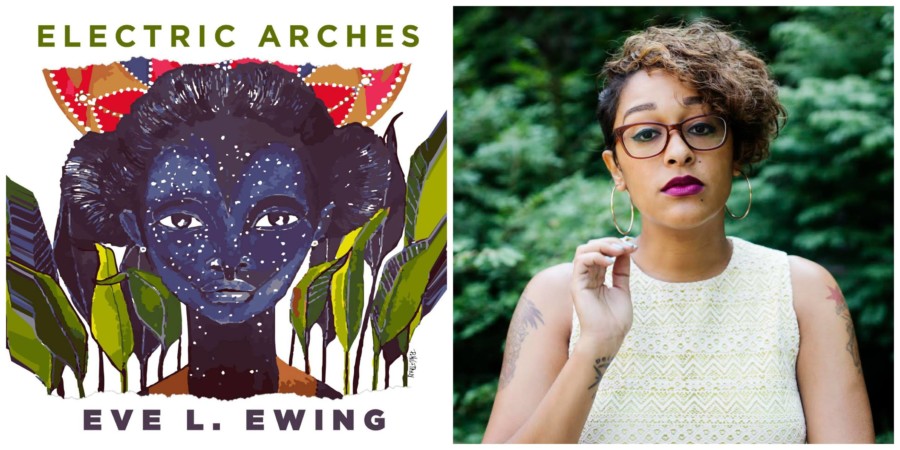