Please note: Due to illness, Danny Lyon will not be able to travel to Chicago for this program.

Over a career spanning more than five decades, photographer and filmmaker Danny Lyon has become known for immersing himself in the cultures he documents, from a Chicago motorcycle gang to prisoners in the Texas penitentiary system. Curator Hugh Edwards, a mentor and close friend, gave Lyon his first museum exhibition in 1966 at the Art Institute.

In this talk, curator Liz Siegel and Lyon’s daughter Gabrielle discuss Danny Lyon’s work and the impact of Edwards on his life and career.

Photographer, filmmaker, and writer Danny Lyon (American, born 1942) has gained acclaim for work that combines personal intimacy with trenchant social observation. During his lengthy career, his intensive investigations have resulted in acclaimed photographic series accompanied by books. His most notable series include examinations of the protests for civil rights in the south; the members of the Chicago Outlaw Motorcycle Club; the demolition of a neighborhood to make way for commercial development in New York; and the Texas penitentiary system, among others. He began making films in the late 1960s, with topics ranging from the inhabitants of Bernalillo, New Mexico, to his own family. The recipient of numerous awards and the subject of many exhibitions, including a recent traveling retrospective, Lyon continues to photograph, write, and produce films and books to this day.

To request an accessibility accommodation for an Art Institute program, please call (312) 443-3680 or send an e-mail to access@artic.edu as far in advance as possible. 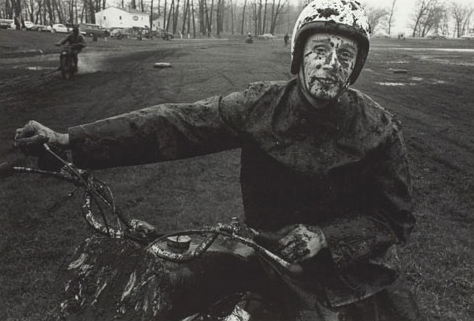