On view through Saturday, October 28th

Vertical Gallery is proud to present the first US solo exhibition of Japanese artist TWOONE. The show, entitled “Bright Future”, runs October 7–28, 2017, with an opening reception with the artist on Saturday evening the 7th, from six to ten.

TWOONE (Hiroyasu Tsuri) is a Japanese street artist and painter. He developed an interest in drawing and crafting at an early age through skateboard graphics and graffiti. In 2004, TWOONE moved to Melbourne, Australia, where he joined the underground art scene, quickly gaining prominence as one of the country’s finest street artists. TWOONE also explores other mediums including sculpture, gallery painting, installation, and live performances.

After graduating from Visual Arts New Media at Melbourne’s Swinburne University in 2006, TWOONE started exhibiting his paintings in galleries and museums across the globe. His unique combination of elements derived from nature, animals, abstract shapes, and color to create his art has garnered international recognition. His Japanese heritage strongly influences his work in the way he balances his canvas. TWOONE allows viewers to interpret his work based on how they feel rather that giving it a definitive representation.

The exhibition “Bright Future” will feature three different series of works that represent the artist’s reaction to the current world state. TWOONE’s earlier pieces, produced in Australia and Japan, were largely focused on visuals from his personal inner world, however his 2014 relocation to Berlin, Germany, and the proximity of subsequent political events have progressively and greatly infused his work: “I guess it is due to the geographic location of Berlin where this is my first time living somewhere that is surrounded by the border to other countries, so the political dynamic is more visible.”

TWOONE has exhibited in Berlin, Milan, Melbourne, London, Hong Kong, New York, Tokyo, and Bangkok. He has self-published four books, and has been featured in numerous publications including VNA Magazine, National Gallery of Australia’s Catalog of Australian Street Art, Street Studio, Wooden Toy Magazine, Desktop Magazine, and Collide Art & Culture Magazine. His work is in the permanent collection of the National Gallery of Australia. TWOONE is currently based in Berlin. 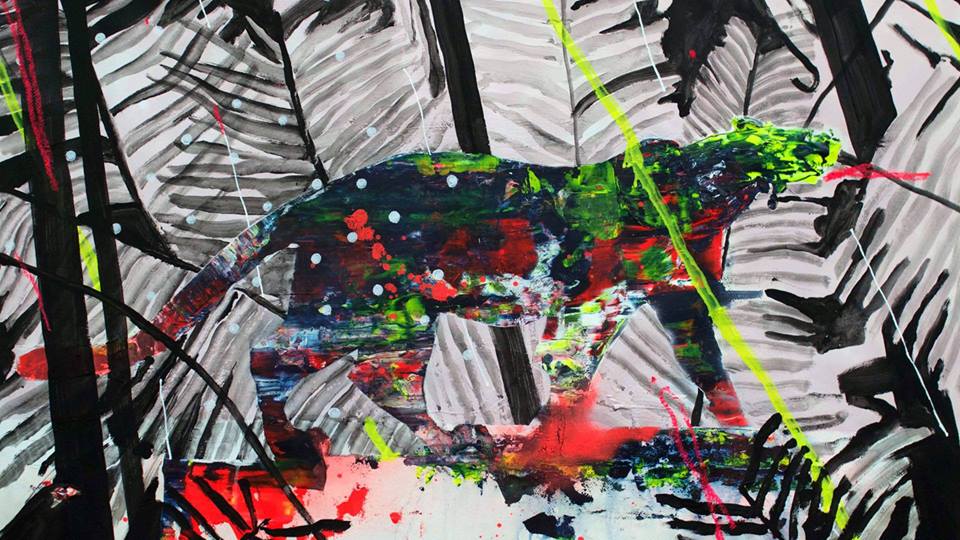