William Blake and the Age of Aquarius

In the summer of 1967, more than 100,000 young people streamed into the Haight-Ashbury district of San Francisco and the Sunset Strip in Los Angeles, as well as Greenwich Village in New York and Old Town in Chicago, to celebrate peace, love, music, and mind-altering drugs. Many of the artists, poets and musicians associated with the “Summer of Love” embraced the work of British visionary poet and artist William Blake (1757–1827) and used it as a compass to drive their own political and personal evolutions. Opening at the Block Museum in the fall of 2017, William Blake and the Age of Aquarius will explore the impact of British visionary poet and artist William Blake on a broad range of American artists in the post-World War II period. This exhibition will be the first to consider how Blake’s art and ideas were absorbed and filtered through American visual artists from the end of World War II through the 1960s. Blake became for many a model of non-conformity and self-expression, and was seen as an artist who engaged in social and political resistance in his time.

William Blake and the Age of Aquarius will consider parallels between Blake’s time and mid-twentieth-century America, touching on such issues as political repression, social transformation, and struggles for civil rights. Blake’s protests against the conventions of his day were inspirational for many young Americans disillusioned by perceived cultural tendencies of social uniformity, materialism and consumerism, racial and gender discrimination, and environmental degradation. This generation sought in Blake a model of independence, imagination, and resistance to authority. The exhibition will feature American artists for whom Blake was an important inspiration and will include more than 130 paintings, prints, drawings, photographs, films, and posters, as well as original Blake prints and illuminated books from collections throughout the United States. 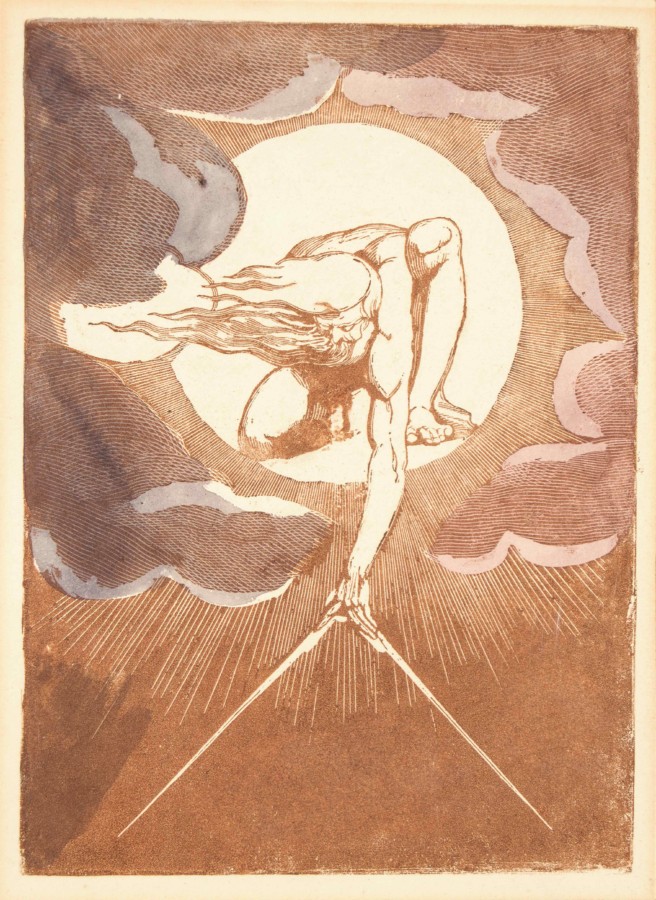